Ubisoft has come out with some great content for us to write about all year, limiting its games like The Division to 30FPS, saying that "resolution doesn't matter", telling everyone to turn their Internet off to get better frame rates in the obviously still broken Assassin's Creed: Unity, and now we're here at Far Cry 4. 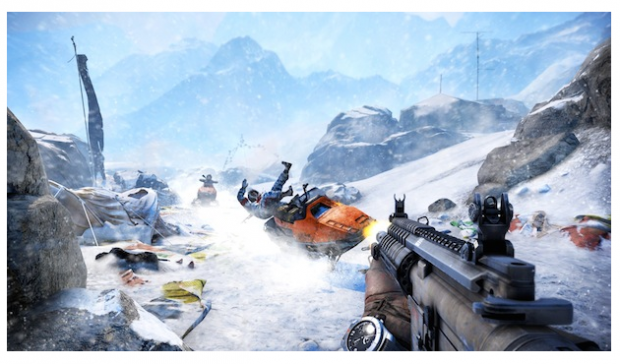 What has Ubisoft done now you ask? The studio has cut the ability for gamers to make maps for the competitive multiplayer in Far Cry 4, with the option of creating maps for Assault, Hunt, Outpost and Extraction still there, just not the player-vs-player multiplayer maps. Ubisoft Montreal's Creative Director, who believes Alex "Resolution Doesn't Matter" Hutchinson offered the following explanation for why Ubisoft didn't provide it with this year's Far Cry adventure, he said that Ubisoft "always squeeze in as much as we can, but we're always prioritizing".

Hutchinson added that the team are "going to keep supporting the game so hopefully we can get it done post release. No promises but we will try". I'm sure it'll arrive soon, but they'll probably slug you $20 for it or something.