The kool-aid continues to be consumed over at Ubisoft, with Far Cry 4's Creative Director, Alex Hutchinson, having some interesting things to say when it comes to 1080p. 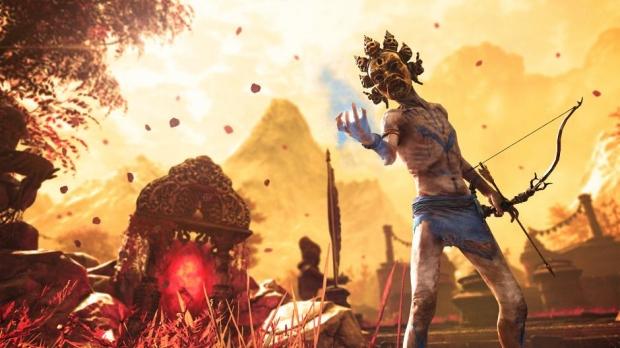 When asked about resolution, Hutchinson said: "It's certainly not something I care about in a game" when asked by Total Xbox about the target resolution of 1080p and 30FPS for Far Cry 4 on Xbox One and PS4. He continued: "It feels weird to me that people are cool about playing a sort of retro pixel game, and yet the resolution somehow matters. It's like: is it fun, is it interesting, is it new, is it fresh, are there interesting questions. With the 4K TVs and things - somebody was telling me that with a 4K TV, to even see it, your living room has to be big enough to sit like 12 feet from the screen. I don't know the exact numbers, but it starts to get a little crazy. I'm just in it for the experience, I'll play a SNES game if it's cool".

It continues, where Hutchinson reiterates that resolution isn't that important, where he said that consumer interest in high-end visuals is starting to fade away, rendering itself at a resolution of 480p, probably. He agreed with the sentiments of Crytek's Nicolas Schulz, who back in October said that it's getting "difficult to really wow people" with flashy graphics (we'll come back to that in a minute, Nicolas). Hutchinson backed Schulz up, saying: "Exactly. And also I think it's a bad axis. We should not be in a business that sells itself - we are, a little bit, but that sells itself on the flavour of like, gadgetry and technology. I think that's a bad sign. If our thing is 'woo, the same exact thing you had before, at twice the resolution, instead of a new thing'... A new spin or an evolution, I think is much more interesting".

But it's okay, because it looks like gamers are over better graphics and higher fidelity, with Hutchinson saying: "I think they already have secretly. Think about how things used to be - it used to be the graphics on the back of a box that sold a game. And even since the Xbox 360 and the PS3, that sort of era, like early 2000, I feel like 99% of the time it's gone away". He continued, with "It's a rare question for you to ask now about resolution or something. It's [only brought up] because of the disparity, the idea that one version is being held back. I don't think that has sold consoles for a while now. I think experiences have been selling them, and that's your challenge, if you don't have a new cool experience, or a social experience - like Call of Duty sells consoles, even though art-wise, it's not exactly... like Call of Duty to Crytek's games, one sells a metric s**t-ton and the other doesn't".

Ok, so Schulz said that it's hard to "wow people" with flashy graphics? A guy from Crytek? Crytek made a damn name for themselves with Crysis, and it's boundary-pushing graphics back when it was released on PC all those years ago. Sheesh, it looks like puff-puff-pass is happening between Crytek and Ubisoft, guys. As for Hutchinson's comments, I find it truly ridiculous that he says that it's a "rare question" to be asked about resolution now. We've reached out to Ubisoft, where we hope to have a nice little sit down to discuss all of this. I'm sure we'll talk over our webcams at 480i (not p, because resolution and progressive scan are so yesterday).

Also, 12 feet away from a 4K TV to "even see it"? Has the Creative Director of one of the biggest game franchises of all time never sat in front of a 4K TV? What the hell is happening to the world? One would think Ubisoft have partnered up with various electronics manufactures like Samsung, LG, and co. to outfit their studios and offices with high-res displays. Or, are these companies enjoying 720p because they make their developers work on 720p only displays and TVs? Maybe that's the problem.