Samsung has teased the 850 EVO since media met in South Korea for the 850 Pro launch. The company is eager to flex its V-NAND advantage in 3bits per cell form but retail availability has been quiet, until now. 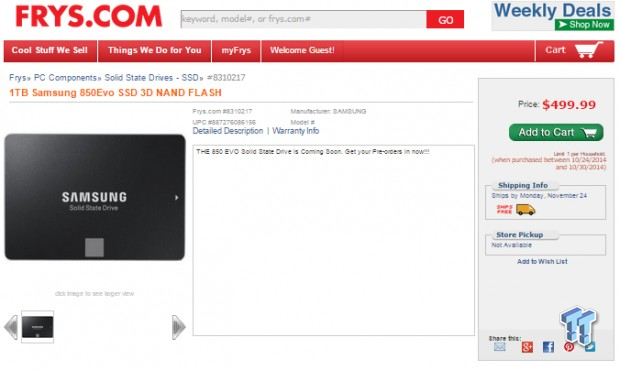 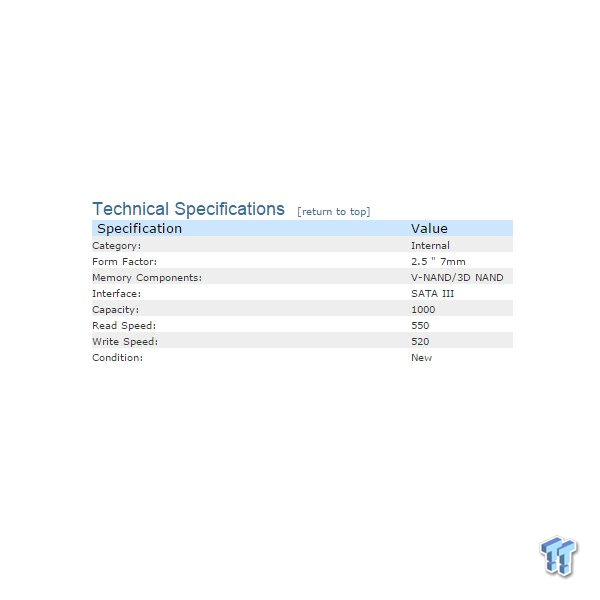 Fry's Electronics also gave us our first look at the EVO with 3D V-NAND's specifications. 550 MB/s sequential read and 520 MB/s sequential write speeds. It should be noted this drive is marketed at 1TB and not 960GB, so there shouldn't be a large amount of overprovisioning. Samsung's 3D V-NAND uses a 3Xnm process and has enterprise level endurance ratings. Samsung shouldn't have to add overprovisioning to 850 EVO to extend the life of the flash or for increased performance. 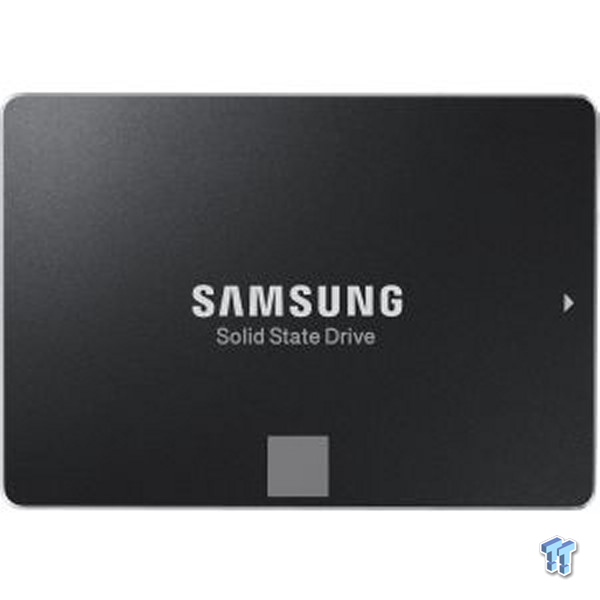 Due to NDAs there isn't much more we can say about 850 EVO other than what information Fry's Electronics leaked but don't worry, you can read all about it on TweakTown soon.