Microsoft has pushed out the latest build of its Windows 10 Technical Preview, with build 9860 being made available to members of the company's Windows Insider Program. As long as their PC is on, or sleeping, the update will be pushed over to down, and installed automatically. 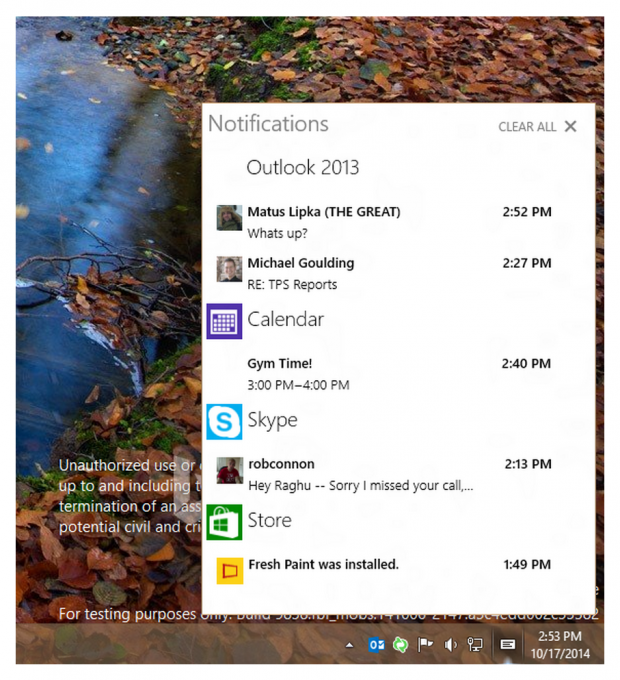 If you want to manually force this, go to PC Settings, Update and Recovery, then Preview builds and then tap on the 'Check now' button. The new update is between 2GB and 2.7GB "depending on CPU architecture and language", with the rebooting process taking a little longer than normal. Once the newest build of Windows 10 is on your machine, you'll notice it has a Windows Phone feature: Action Center.

Microsoft explains this as "This build is focused ONLY on enabling basic notifications - quick actions and cleaner UI will come later. You'll see notifications from the system and apps - from new emails and invites to IMs, Facebook posts and more - all-in-one place, so you don't miss a thing. Click on the new Action Center icon in the notification area of your taskbar to check it out". The company has also made it easier to move apps between monitors, and has also added an animation for switching desktops.