With all of the conflicts the US has been involved with since 9/11, and the decades prior, one would think they would be masters of conflict, battle knowledge, strategy, and so much more. But, it looks like Washington think tank is asking for help, in a very weird place: by hiring the maker of Call of Duty, to envision the future of war for the US. 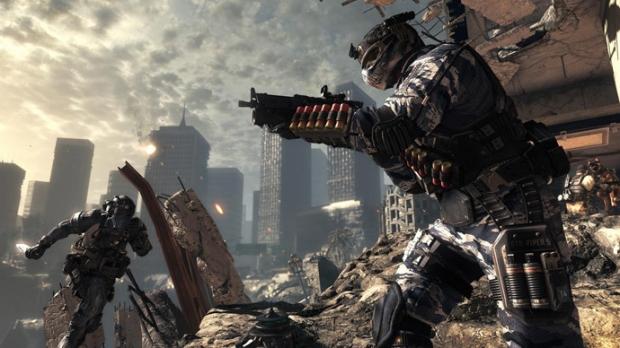 The Atlantic Council think tank says that even with all of its money, power and capabilities, the United States isn't thinking creatively when it comes to threats in the 21st century. The creator behind the Call of Duty franchise, Dave Anthony, will be among other authors, screenwriters and entertainment figures for an initiative called 'The Art of Future War Project', something that will launch next week.

The idea of this project came about when former Pentagon official Steven Grundman walked in on his son playing Call of Duty: Black Ops II, in which a cold war between China and the United States takes place, in 2025. In the game, the two superpowers are fighting against each other for rare earth elements in section missions. Anthony said: "He was struck how realistic our portrayal in 'Call of Duty: Black Ops II' was of a future conflict.

Grundman told the Washington Post: "It occurred to me that the perspective of artists on this question is compelling and insightful, and it's also different. One feature that struck me was the combination of both familiar technologies and novel ones". He continued: "I didn't want to satisfy myself with an approach everyone was doing. It's a crowded field of ideas", he explained as his belief on why the military think tanks aren't up to the task, alone.

The Call of Duty creator believes that the fantasy-based thinking that is put into military shooters like Call of Duty and Battlefield, could be beneficial to Washington. The reason? Because the US isn't preparing itself for the scenarios it could face, whether it has strategically thought of those scenarios, or ones based on a sudden, and unexpected, unforeseen attack. This project will "set up" the government to think outside of the box, with the Council adding that national security decision makers benefitting from "new voices" to give them a push in the right direction.

The Council said in a statement: "Writers, directors and producers and other artists bring to bear observations derived from wholly different experiences in the creative world. They can ask different kinds of questions that will challenge assumptions and status quo ways of tackling some of today's toughest national security problems".

Anthony added that he sees similarities between government work, and running a multi-billion dollar entertainment venture. The similarities, according to Anthony, are in the high-pressure environments with multiple players and idiosyncrasies in decision-making, all of which require overcoming. He believes that US military thinking is stale and old, and that it streamlines when it comes to making brave, and risky decisions. He added: "The way I like to think about it is the next attack has already happened, someone has already thought of it. How do you look at all the ideas that are out there?"