NVIDIA Editor's Day 2014 - One area of NVIDIA's new direction with Maxwell is virtual reality, with a totally new focus on VR with something NVIDIA calls VR Direct. VR Direct provides multiple technologies from the Maxwell architecture, and previous technologies from NVIDIA, to make the VR experience much better. 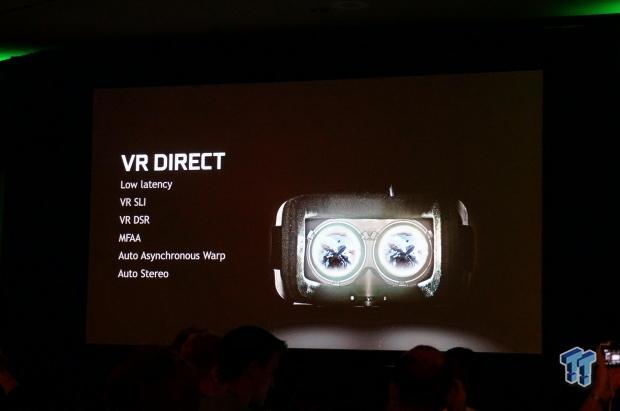 First, we have low-latency, which will reduce the amount of time it takes for the scene to be rendered on your PC, and displayed to the VR display sitting just an inch or so from your eyes. Second, we have VR SLI: something that will help your GeForce GTX SLI setup render the two scenes (one to each eye) much better, resulting in improved performance and better yet, scaling between your GPUs. 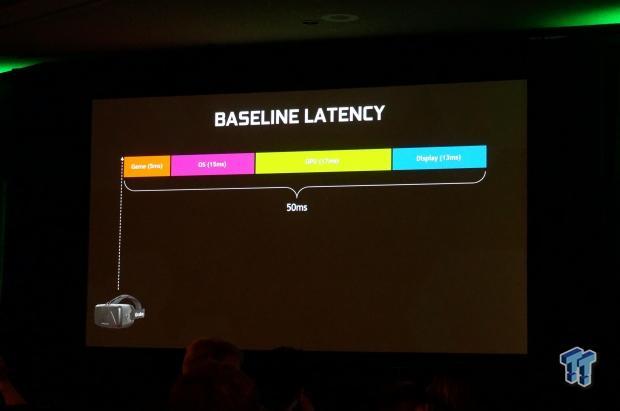 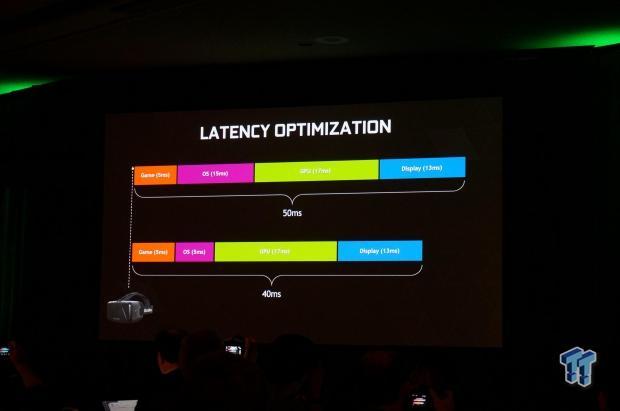 Latency is something NVIDIA is very concerned about, with the company wanting to remove as much of it as possible, in order to get a better VR gaming experience. As you can see, right now we have around 50ms of delay between the image being rendered and outputted to something like the Oculus Rift, but NVIDIA have some new technologies to remove much of this delay. 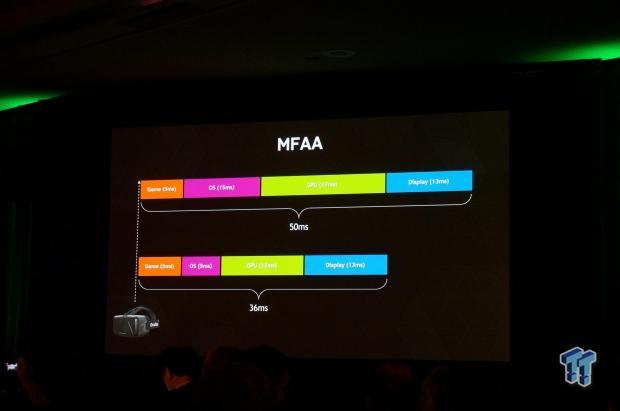 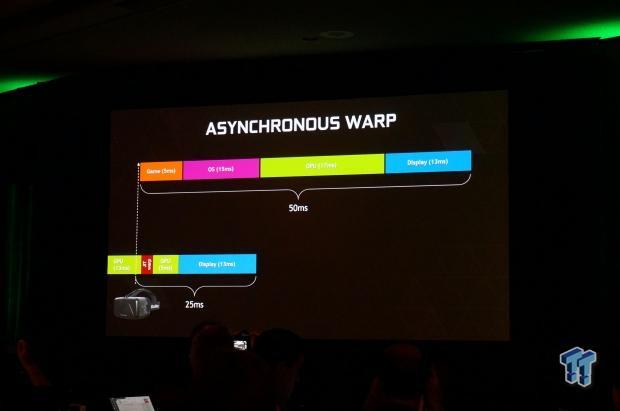 MFAA also makes an appearance, which will provide yet another layer of improved visuals. Auto Asynchronous Wrap begins doing work on the scene before the next frame, as you can see in the image above. The dotted line is where the next frame begins, but the GPU can now shift some of that ms delay (to before the frame), instead of after - resulting in delay to your eyes.

VR DSR is going to be the big thing here, with Dynamic Super Resolution able to render the scene at 3840x2160, or 4K, and then down to 1080p (or 1440p on the CV1 if the rumors are correct). This will provide a better-looking image, without needing the display on the Rift needing to be 4K, just yet.