We know Windows 9 is coming, but it looks like Microsoft is going to unveil its next desktop operating system on September 30, at a "Windows event" in San Francisco. 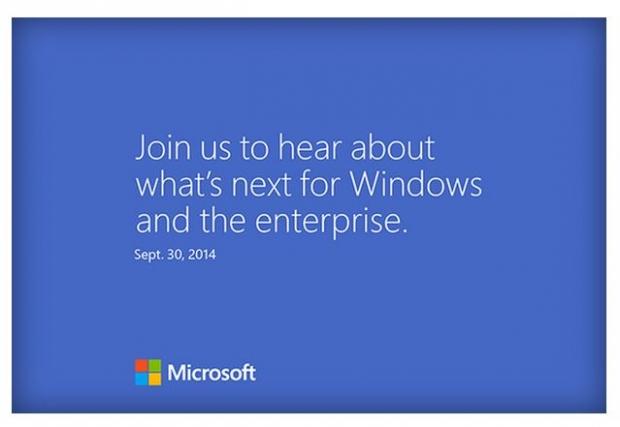 Microsoft has started emailing out its invites, with Joe Belfiore and Terry Myerson to lead the talks about the future of Windows. The event itself will also cover enterprise and power users, with a "Windows Technical Preview" expected to be unveiled shortly after, or hopefully even at the event itself.

We already know that Windows 9 will feature a new, new Start menu, virtual desktops, and a Notification Center. I'm sure we'll see some surprises in Windows 9, something we'll find out much more on in just a few days time.