The iPhone 6 launches in just five days time, but over a week out from its announcement (and not its release date) eager Apple fans are already lining up at Apple's flagship store in New York City. 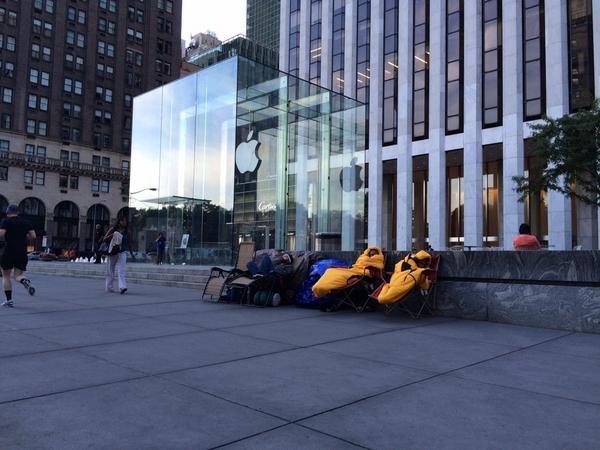 Apple is poised to unveil its iPhone 6 next week, with two devices to be unveiled - a 4.7-inch and 5.5-inch iPhone. The 4.7-inch iPhone should be available starting September 19, ten days after its announcement, while the 5.5-inch version might be launched at a later date. But with IFA 2014 kicking off, Apple has a mountain of competition to fight off, with the new Galaxy Note 4 and Galaxy Note Edge smartphones from Samsung. Sony has announced its new Xperia Z3 smartphone, and that's not counting the Galaxy S5, HTC One M8 and more that are already here, and purchased by millions of consumers around the world.

Rumor has it that we will also see Apple unveil its new iWatch at the event on September 9, as well as a full unveiling of its next mobile OS, iOS 8.