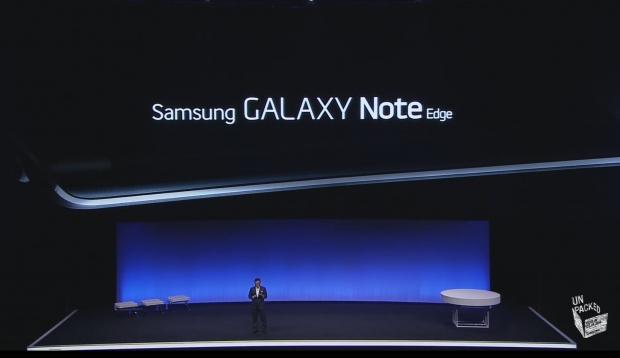 The display itself is a QHD Super AMOLED display, the same panel that is found in the Galaxy Note 4, except that it is a 5.6-inch panel compared to the 5.7-inch panel found on the Note 4. Samsung uses specific software to join the two parts of the 5.6-inch display, which allow them to be simultaneously independent and connected.

What does the sloping screen on the Galaxy Note Edge offer? The default status has it sitting there as a kind of quick launcher, where it is home to your most-used apps. Samsung provides a bunch of widgets, and much more. The edge can also act as a toolbar, where it will provide quick access to various menus and camera modes, or in-app settings. For example, at night time, it can be used as an alarm clock, with the time being displayed on the edge of the panel.

The Galaxy Note Edge will be arriving in the US later this year, but we don't know whether it will be crossing the pond just yet - but I'm sure we'll hear more about this soon.