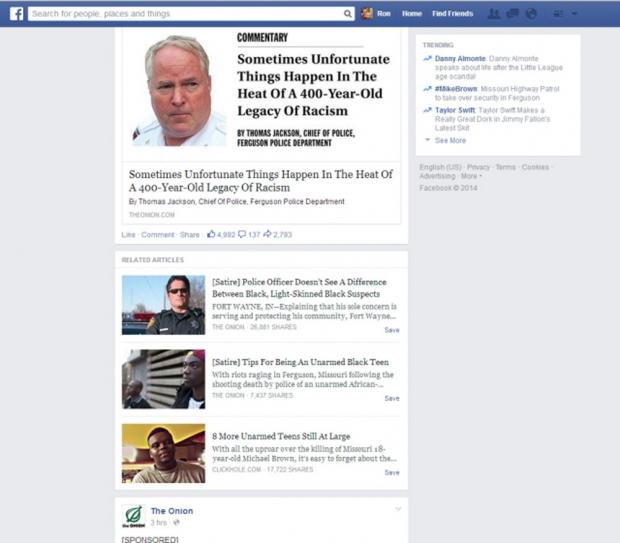 Facebook is said to be testing a new satire tag for content in your newsfeed. At first glance it sounds like that will take away all the fun of tricking people into thinking these often outlandish satire stories are true. Facebook is reportedly only marking the content with the satire tag in user's newsfeeds after they click the article to read it.

That means at first glance, someone unfamiliar might think it's real. Facebook told Mashable, "We are running a small test which shows the text "[Satire]" in front of links to satirical articles in the related articles unit in News Feed. This is because we received feedback that people wanted a clearer way to distinguish satirical articles from others in these units."