Launched by NASA in 2006 and tasked to study Pluto, the New Horizons spacecraft captured unique footage of Charon revolving around Pluto, filmed from 265 million miles. Pluto has five moons, but Charon, at 750-miles across and is just 11,200 miles from Pluto.

The New Horizons is expected to arrive at Pluto around 2015, and is finalizing its pre-Pluto annual systems instrument calibration before arriving. The spacecraft will be placed into "hibernation" mode from late August until early December, which is when it will be used for two years to conduct flyby missions while relaying information back to researchers. 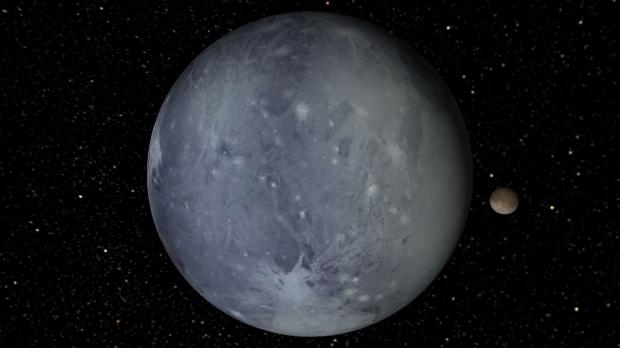