With all of the hoopla going around right now with Star Citizen, people forget that it all started with Wing Commander for Chris Roberts. Well, EA and Origin are giving away Wing Commander III on Origin right now, one of the big games form the 90s.

Wing Commander III being free is part of Origin's "On The House" deals, where it randomly gives away PC games. Today, that game is Wing Commander III. For those who never played it, it stars Mark Hamill of Star Wars fame, Biff from Back to the Future and even Malcolm McDowell. You can grab Wing Commander III for free on Origin from here. 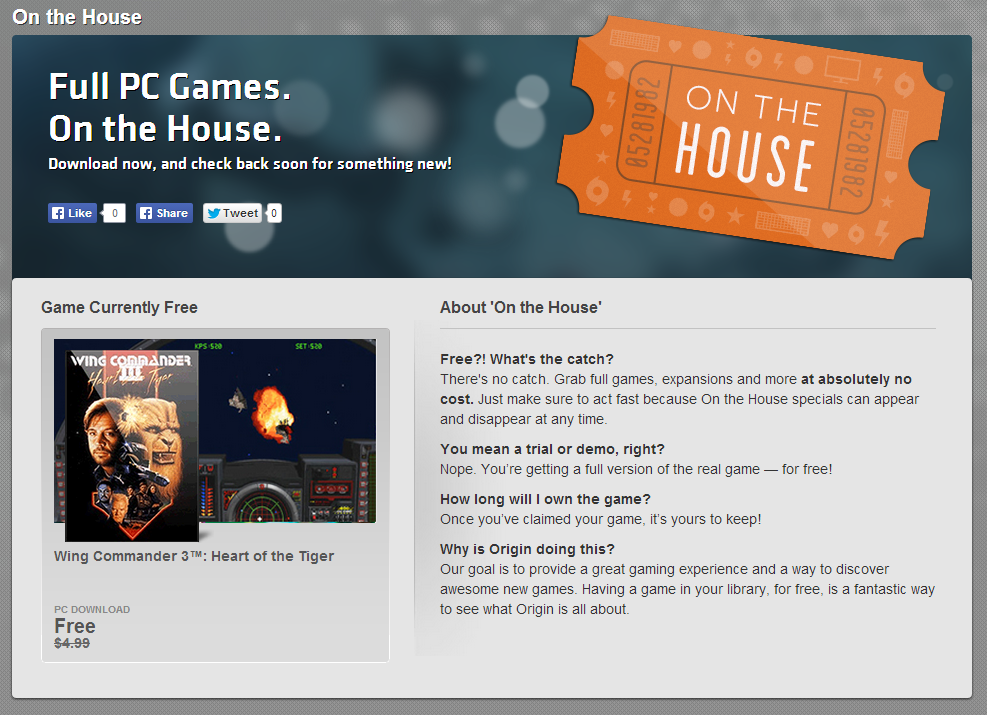