When OnePlus launched its One smartphone earlier this year, most were wondering when the company would release something else - were they working on the next version of One (Two?) or a wearable? Well, BGR India has an exclusive look at the OneWatch from OnePlus, something the company is reportedly close to launching. 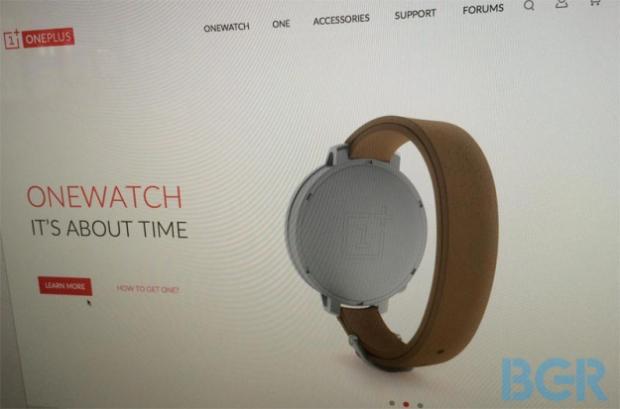 The OneWatch will be build from some high-end materials, something that includes titanium for screen borders, leather for bands, and sapphire for the OLED display's cover. OnePlus kicks it up a notch with the OneWatch though, with Qi wireless charging capabilities, a circular screen like the beautiful Moto 360 smartwatch, and a curved battery. We should also see the OneWatch arrive with a user-configurable physical button on the side.

We don't know if OnePlus will use Android Wear on the OneWatch, or whether it'll feature a customized version of Cyanogen mod. OnePlus levied the custom Android-based OS for its One smartphone, so it might do the same with the OneWatch, too. The biggest selling point of the upcoming OneWatch will be its price, with OnePlus pricing its One smartphone incredibly cheap, at under half the price of the competition, with similar, if not better specifications inside of the One smartphone.