Flir is a company that has been making thermal imaging cameras for commercial and military use for a number of years. The company has been under pressure to branch out into the broader consumer market and has an interesting new product to help. The new product is called the Flir One and it is an accessory for the iPhone 5 or 5S smartphones. 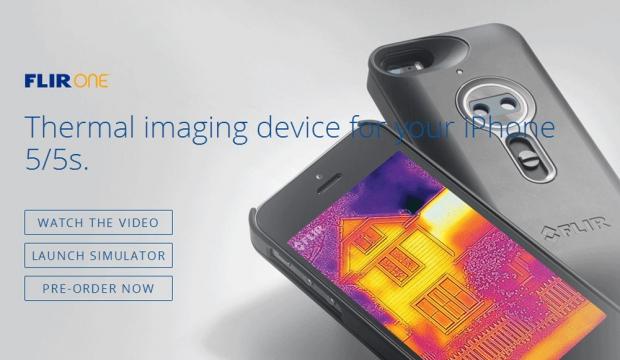 The accessory camera will sell for $349 making it much cheaper than the $1000 price the next cheapest thermal camera sells for. A version of the Flir one for Android users will roll out next year.

Flir thinks that consumers will see the benefit in a thermal imaging camera that sells for $350. Using the camera people can do things like check for cold or hot air leaking into or out of a home allowing them to better insulate and save money on heating and cooling. Developers are working with Flir now on making apps to take advantage of the camera.