Sometimes new gadgets turn up in the strangest places before they are actually announced. A perfect example is the time when an unreleased iPhone was found in a bar after a drunken Apple employee left it on a bar stool. A report is making the rounds that a gadget writer happened to be in New York City walking around when he ran into a person testing the Microsoft Surface watch. 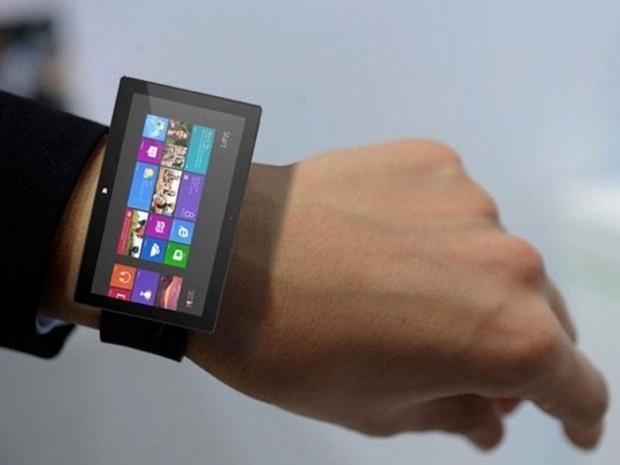 That is hard to believe, but not much harder than believing an unreleased iPhone could be found in a random bar. The person wearing the watch originally tried to say it was a random wristband from China before spilling the beans according to the report.

First thing to note is that the image here is said to be a parody, but the watch has an elongated form factor along the lines of the Fitbit One or Galaxy Gear Fit. The icons are said to have been in flat Windows 8 style. The watch uses Bluetooth 4.0 Low Energy. The person who saw the watch says that the screen had low resolution. Lots of sensors were inside the watch including a heart rate monitor, accelerometer, gyroscope, GPS, and a galvanic skin response sensor in the watchband. Only time will tell if these leaks are correct.