Computex 2014 - Noctua's booth was bursting at the seams with new cooler technology, as per usual, at Computex 2014. Noctua is a premium cooler supplier that offers coolers not only for consumer applications but for server cooling as well. They also offer a wide range of industrial application fans and other goodies. 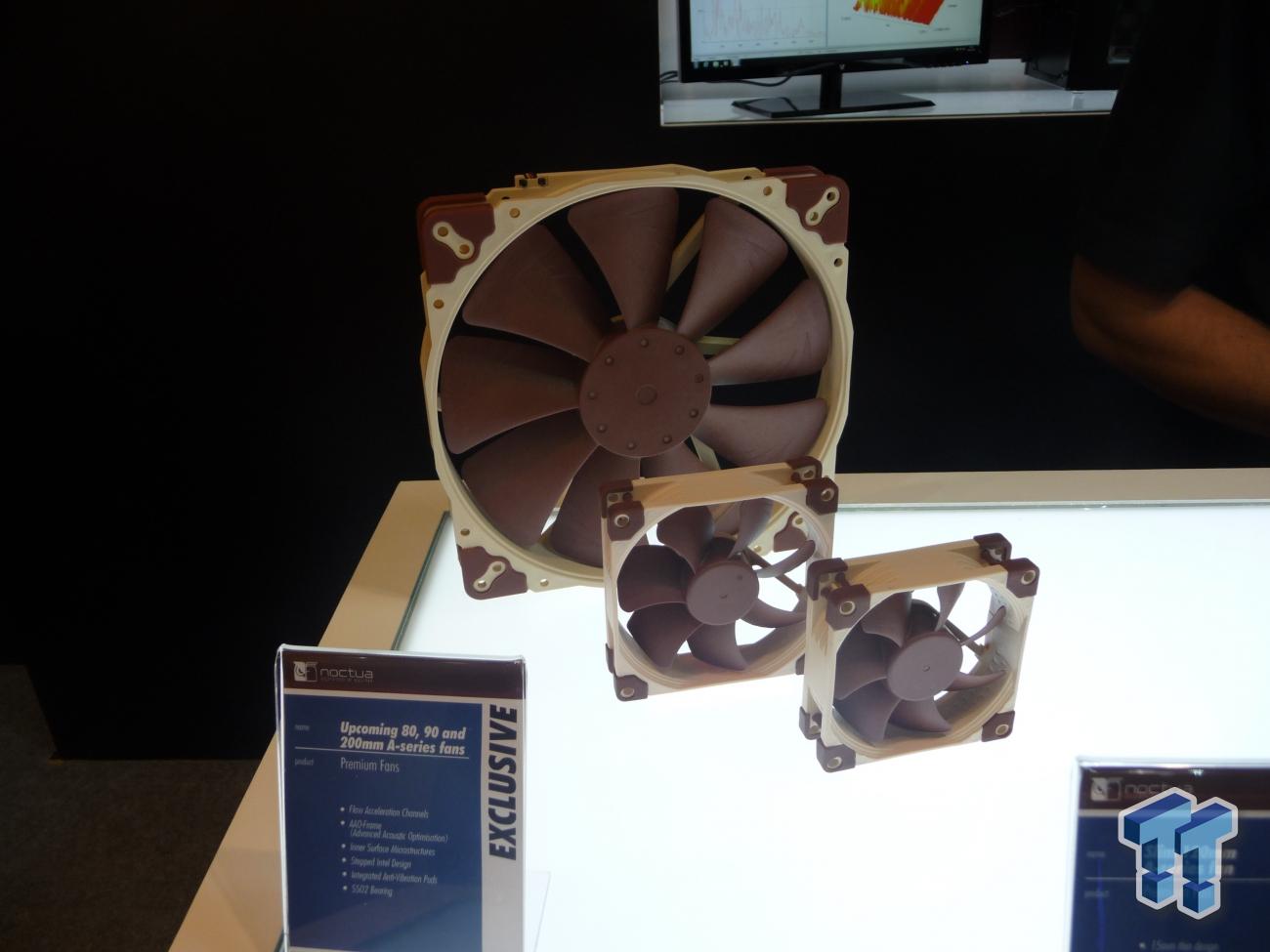 Noctua is working on a new larger fan to be used in case cooling, such as the large side fans we see on a lot of computer cases. The new A-Series fans come in sizes off 80, 90, and 200mm. They feature optimized bearings, optimized acoustic optimization and integrated anti-vibration pads. Thee large 200mm fan is very robust, and its solid construction doesn't bend or flex like other large fans on the market. 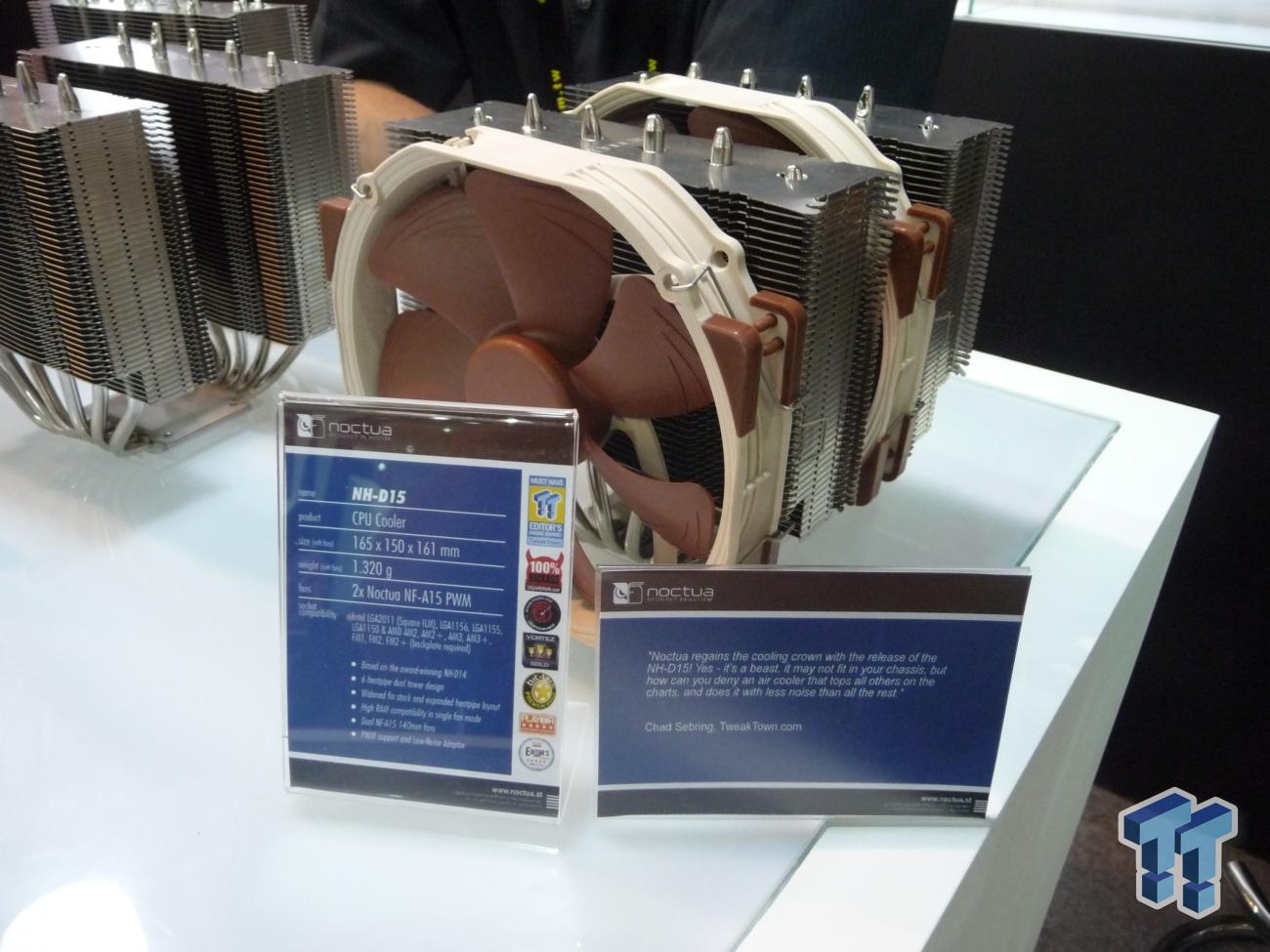 It's always nice to see the TweakTown logo out and about at shows, and Noctua even had a dedicated card with the opinion of our resident CPU cooler guru Chad Sebring. To paraphrase Chad on the NH-D15; "...how can you deny an air cooler that tops all the others on the charts, and does it with less noise than all the rest." 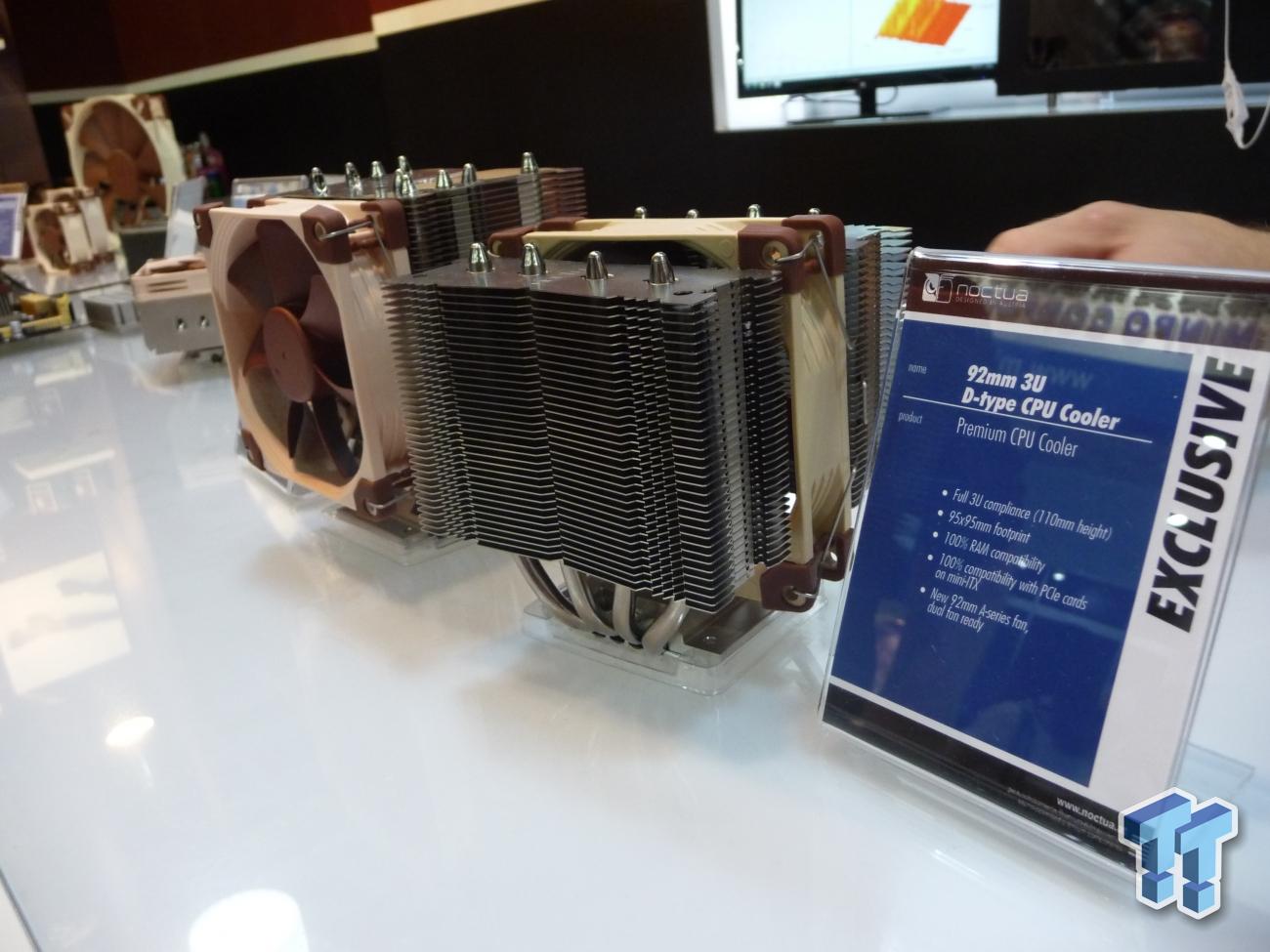 There was also a 92mm 3U D-type CPU cooler on display that is great for 3U servers. 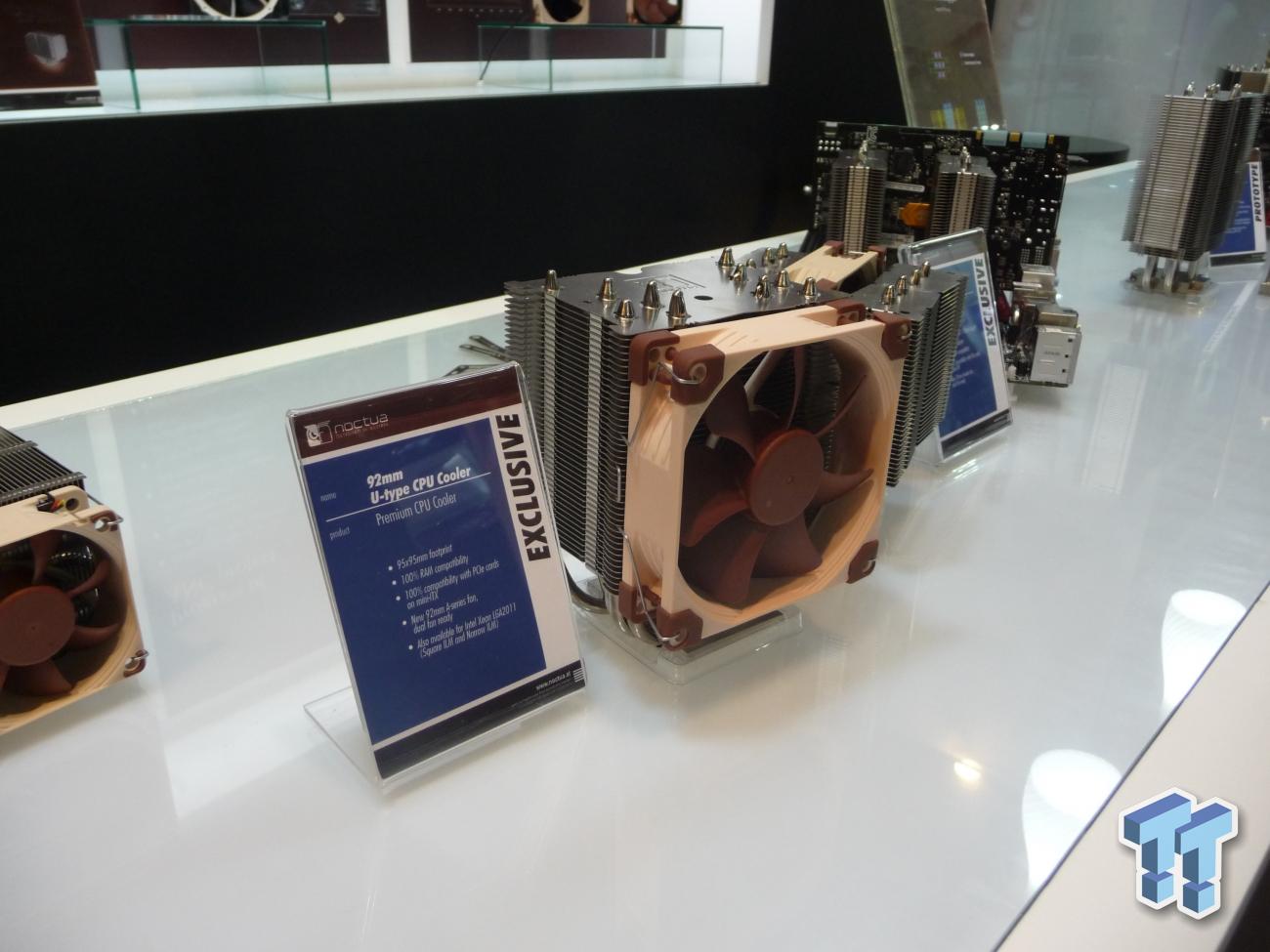 Finally Noctua had a 92mm U-type CPU cooler on display. Noctua also has a number of prototypes on display, and look for another post from Chris Ramseyer soon with a deep dive on the new tech coming from Noctua.