Yesterday, Arduino announced the launch of its latest edition to its user-friendly development boards. The new Arduino Zero is a powerful 32-bit version of the Arduino Uno, and is designed to empower creative individuals with the power to create something truly amazing. The board features an Atmel SAMD21 MCU which is comprised of a 32-bit ARM Cortex M0+ Core. 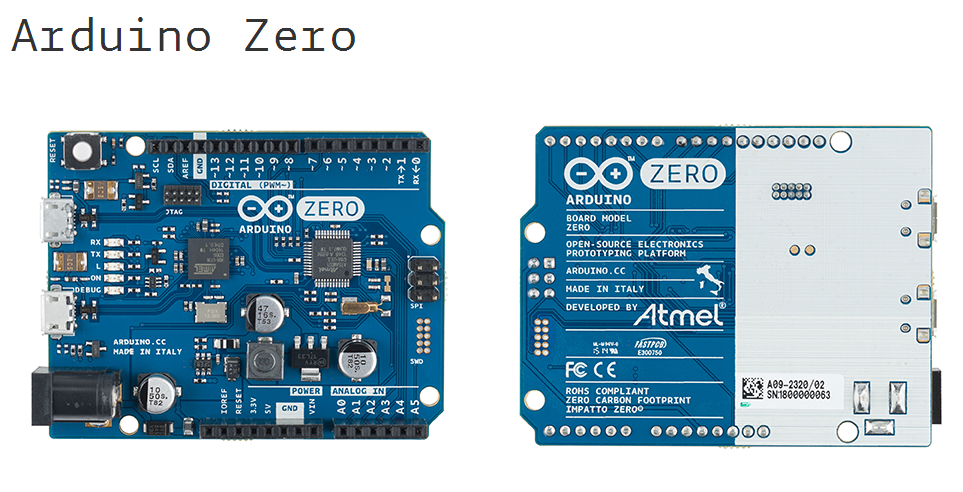 The new Arduino Zero is based on a 3.3v standards, has 14 digital I/O pins of which 12 are PWM and 2 are reserved for UART. Analog I/O is handled by 5 pins featuring 12bits ADC and 1 pin with 10bits DAC. Flash memory is set at 256KB, SRAM at 32KB, and up to 16KB of EEPROM is available via emulation. Unlike its AVR siblings, the Arduino Zero is clocked at 48MHz.

"The Zero board expands the Arduino family by providing increased performance to fuel the creativity of the maker community," said Massimo Banzi, Arduino co-founder and CEO. "The flexible feature set enables endless project opportunities for devices and acts as a great educational tool for learning about 32-bit application development."

"Leveraging more than 15 years of experience since the inception of AVR, simplicity and ease-of-use have been at the core of Atmel's technology," said Reza Kazerounian, senior vice president and general manager, microcontroller business unit at Atmel. "Atmel is pleased to see the continued growth of the global maker community stemming from the increasing access and availability to open source platforms such as Arduino. We enable makers, but the power lies within the makers themselves."