Valve's digital distribution software, Steam, is an incredibly popular service - so much so, that there have been more games released on Steam this year, than the entire of 2013. 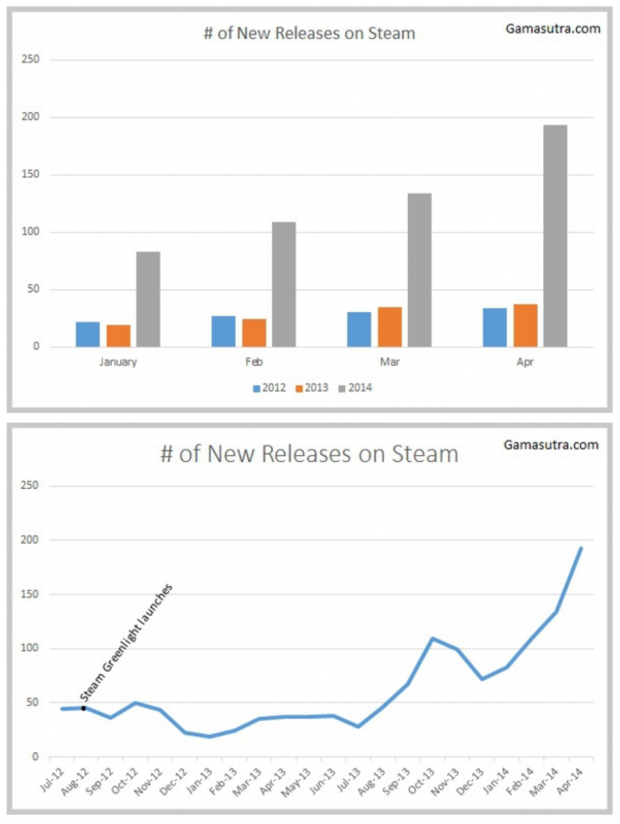 We're not even half way through 2014, but there has been a slew of new releases added to Steam already. A lot of this seems to stem from Steam Greenlight, which was introduced in July 2012. From its inception, new releases on Steam didn't really climb for a little over a year, but then we see a huge spike in August of last year. It began to drop as the New Year hit, but it has begun to climb with no end in sight as we start chomping into 2014.