If you frequently order things from Amazon, you know that it can be a worrisome process if a package has to be left by the door of your house with no one there to get it. There are some products that you might not want to go to your house even if someone is there to receive them, gifts are a good example. Amazon started rolling out its Lockers delivery service a few years ago. 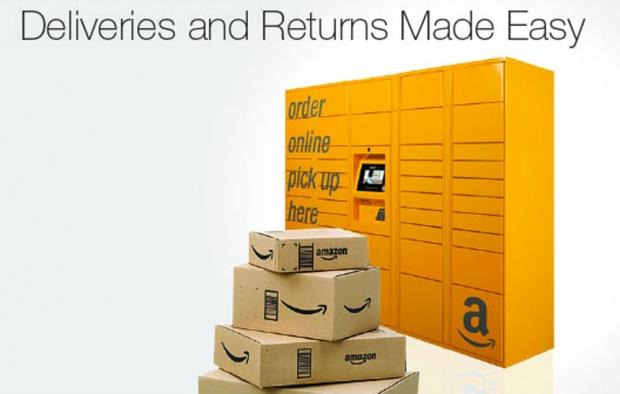 Early on, the lockers could be found in Staples and other locations. Staples has since cancelled the deal and no longer has Lockers in its locations. Originally, all you could do was pick up the items you ordered at the Lockers location, but Amazon is now taking returns at the same Lockers.

The lockers return service works much like the delivery service. Amazon will send the person making a return a code to unlock the locker. Boxes up to one square foot in size can be placed inside. By taking returns at the Lockers location, Amazon can presumably save money on shipping since the delivery driver will be there dropping off packages for delivery.

The rate paid for returns at the Locker is said to be the same as would be paid if you dropped the package off at a retail location. Amazon processes a huge number of package returns with some estimates claiming that 1/3 of all online purchases are eventually returned.