A new report has been published by TechCrunch that suggest that Facebook is in acquisition talks with solar-powered drone manufacturer, Titan Aerospace. Facebook is considering the acquisition as an affordable way to bring internet to countries with little useful infrastructure and would be part of its Internet.org initiative. 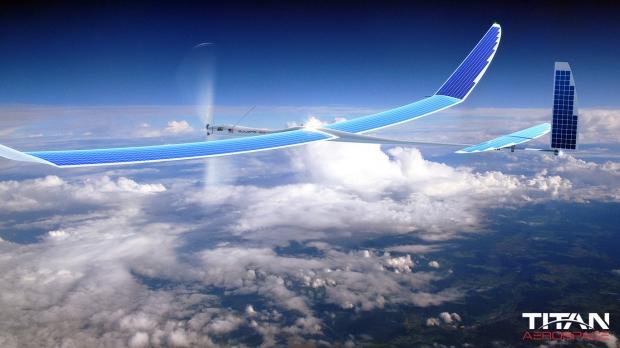 Titan Aerospace makes small aerial drones that are capable of up to five years of non-stop flight thanks to their extreme efficiency and solar power source. The report says that Facebook would used these drones to blanket the world with free Wi-Fi and would start with 11,000 of the Solara 60 models flying high over Africa to bring internet access to those with no hope of having access anytime soon. The deal is reportedly worth about $60 million, which is pocket change when you consider that Facebook just recently purchased WhatsApp for $16 billion.

One interesting aspect that I could see the drones being used in is inside countries where the government has restricted access to the internet, or where the countries infrastructure has been compromised due to rioting, fighting or war. With the smaller Solara 60 drones being cheaper, there is no reason that a company with deep pockets such as Facebook could not deploy 100,000 of them within just a few years, and give the entire world cheap or free internet access.