One of the greatest benefits for Toshiba when they purchased OCZ was their access to PCIe technology. Toshiba has a strong stable of enterprise SSDs, but they did lack the PCIe component. The release of the new OCZ Storage Solutions Z-Drive 4500 is a good example of the benefits of the acquisition in action. The access to Toshiba flash will also allow for more competitive pricing and a solid product supply for OCZ. 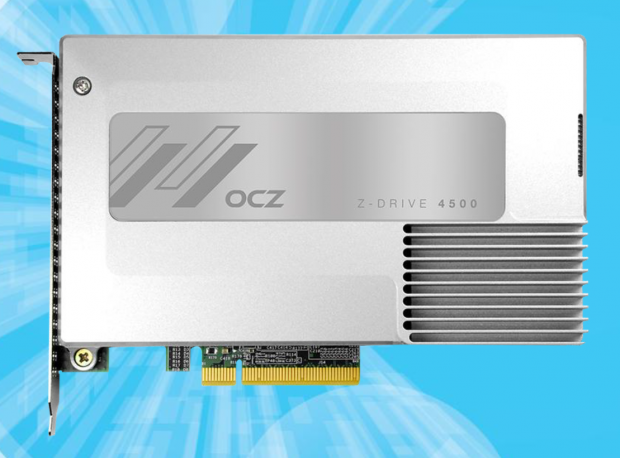 The Z-Drive 4500 features 8 SF-2582 processors in conjunction with Toshiba 19nm MLC NAND and the VCA (Virtualized Controller Architecture) technology to deliver some impressive specifications. The drive delivers maximum read bandwidth of up to 2,900 MB/s, maximum write bandwidth of up to 2,200 MB/s, random 4K block read throughput of up to 252,000 input/output operations per second (IOPS) and random 4K block write throughput of up to 76,000 IOPS.

Capacities of 800GB, 1.6TB and 3.2TB deliver endurance ratings of 680, 1300, and 2500 TBW, respectively. The drive features power capacitors for data protection and a new full height-half length design. A new casing is designed to cool components, and the addition of thermal throttling protects the SSD from overheating. Support for VXL Virtualization Software is baked in, and this is all wrapped up with a five-year warranty.