Microsoft's answer to Apple's personal digital assistant, Siri, is coming with Windows Phone 8.1. Cortana has been teased by Microsoft to The Verge, where it will go head-to-head with Google Now and Apple's Siri. 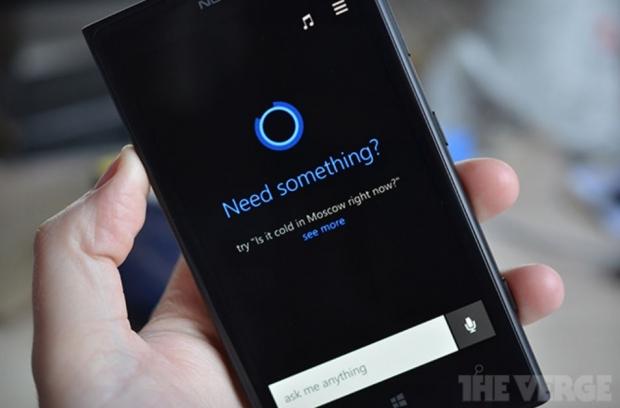 Windows Phone 8.1's built-in search functionality which usually leans on Bing, will be shifted over to Cortana. Cortana will appear as a circular animated icon instead of the female character in Halo, with the diital voice assistant animating when it's speaking or thinking. This makes Cortana a much more personal experience versus the invisible, and sometimes helpful Siri.

Cortana will allow Windows Phone users to customize the assistant to their liking, where users can call people by their name, or set nicknames to their BFFs. Cortana is also capable of saving information and data in a Notebook system, which allows Cortana to access information such as location data, behaviors, personal information, reminders, and contact information. 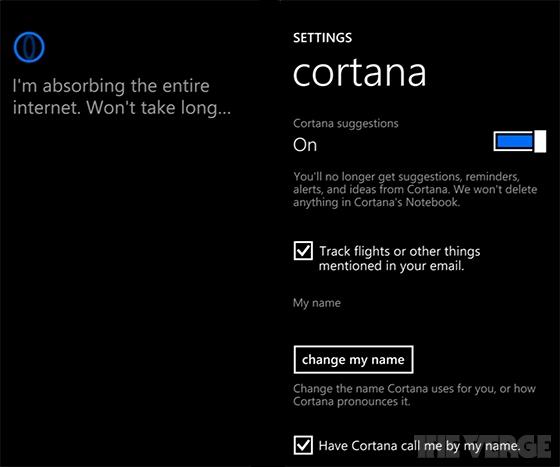 The personal digital assistant can also track flights or other mentions in e-mails, which gives it some Google Now-like powers. All of Cortana's data will be courtesy of Bing, Foursquare and others to give it its contextual power, similar to Google Now. The longer Windows Phone 8.1 users use Cortana, the more it learns and stores into its Notebook.

We should see the official unveiling of Cortana - or an official name - at Microsoft's upcoming Build conference.