Either just bad luck or a cruel practical joke, it turns out the RSA Conference 2014 mobile app designed to help attendees get through the show mistakenly had a security hole potentially exposing user data. 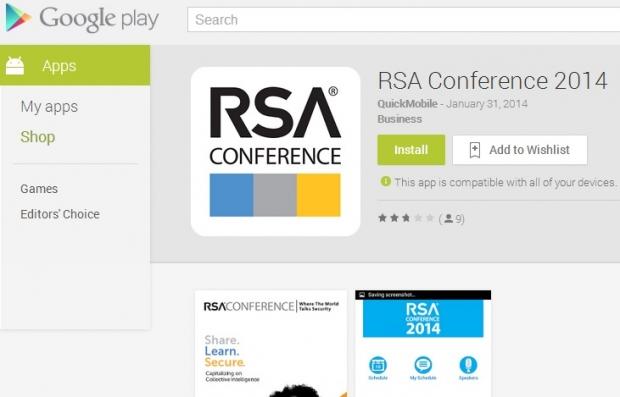 IOActive found that there were two major vulnerabilities in the app, including a flaw that reveals name, surname, job title, employer, and nationality of the mobile app users. The second flaw opened up the door to man-in-the-middle attackers able to inject code into the app's login, so login credentials could be exposed.

"The RSA Conference 2014 application downloads a SQLite DB file that is used to populate the visual portions of the app (such as schedules and speaker information) but, for some bizarre reason, it also contains information of every registered user of the application - including their name, surname, title, employer, and nationality," said Gunter Ollmann, IOActive CTO, in a blog post.

It's believed only a few thousand people of the registered 25,000 RSA Conference attendees actually installed the app.

Don't worry, a certain TweakTown writes based in the San Francisco Bay Area decided to save meeting schedules and expo floor maps on his phone - and not use some type of third-party app to help out.