MWC 2014 - AMD has partnered with Bluestacks to unveil a new dual-OS Android solution that has been optimized for AMD APUs at this weeks Mobile World Congress. The new dual OS solution brings a virtualized Android experience to new Microsoft Windows 8-based AMD-based tablets, 2-in-1s, notebooks and desktops and can be found on devices at select retailers across the US now. 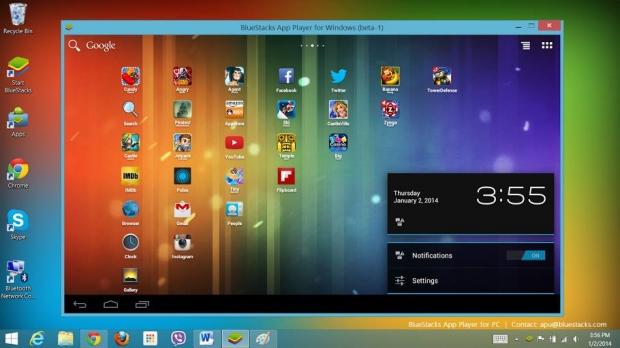 "The ability to span two OS ecosystems gives end-users access to both Windows and Android apps, but the key is providing for the seamless integration of entertainment and productivity across those ecosystems," said Steve Belt, corporate vice president, Product Management, at AMD. "Introducing our solution in retail puts AMD and BlueStacks in a unique position to offer in-store customers the option to include access to this great experience at the time of purchase of their new systems."

The retail version of BlueStacks running on a Windows PC powered by select AMD APUs offers:

"Android-Ready PCs are the future. With BlueStacks technology, consumers can turn their AMD Windows -based PC into an Android-ready device and enjoy mobile content, games and apps on their PC and sync with their mobile phone," said Rosen Sharma, CEO, BlueStacks. "Retail availability brings our solution to the masses, and AMD shares our enthusiasm in giving consumers the ability to enjoy Android entertainment and useful apps together with Windows productivity and gaming, on a single PC."