A company called ART+COM Innovationpool GmbH (ACI) has announced this week that it has filed a patent infringement suit against Google. The suit has to do with Google allegedly infringing on a patent that ACI holds. The patent in question is # RE44,550. The title of that patent is "Method and Device for Pictorial Representation of Space-related Data." 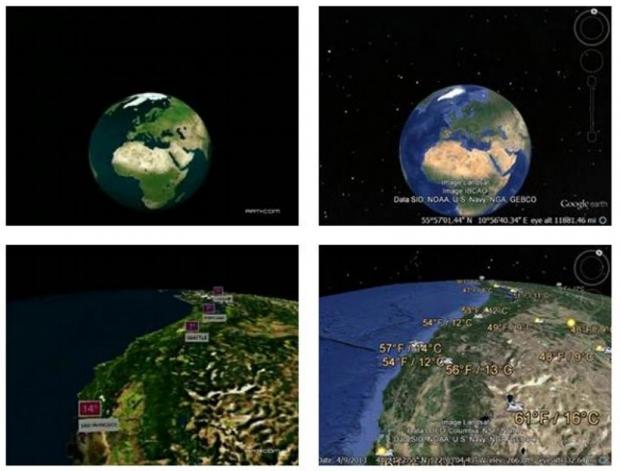 ACI takes issue with how much Google Earth looks like its Terravision service. Terravision is the commercial implementation of the patent at the heart of the case. ACI says that Terravision was developed a decade before Google Earth.

Looking at the image here, it is clear that the Terravision service and Google Earth are very similar in how they look. ACI also says that it has issue with some of the executives at Google, particularly Michael Jones, CTO of Google Earth, and Brian McClendon, VP of engineering for Google Maps.

ACI says that both of those executives previously worked for companies that had access to data on the Terravision system. ACI also says that Google's infringement is willful and that it can receive treble damages in court. Cleary, ACI is seeking money as a settlement.

"Terravision was developed using Onyx computers of Silicon Graphics, Inc. (SGI) which were the most powerful available at the time for processing and displaying graphical data," said Detlef Andreovits of ACI. "In the course of developing Terravision, our inventors worked directly with Michael T. Jones when he was at SGI, where he was our designated contact person. We understand SGI subsequently used Terravision as a demonstration of the capabilities of their Onyx computers."