In a world where stand-alone MP3 players are a quickly dying breed, companies are resulting to extreme measures to sell their products in which they have invested millions into. Sony's W Series Walkman is one of those devices that while it may be a barebones MP3 player with no additional special functionality, has one major thing going for it; its waterproof. 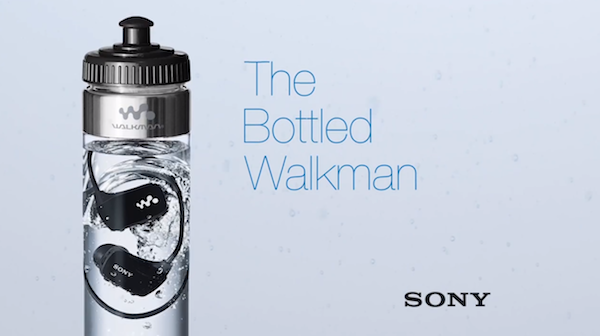 To highlight this unique feature in New Zealand, Sony has began packaging the W Series inside of a bottle full of water with the help from an ad firm called DraftFCB. The bottle appears to be a reusable sports bottle with a stainless steel band around the top that bears the Walkman logo. Getting your hands on one of these will not be easy though as Sony has placed vending machines containing the Bottled Walkman inside of select gyms and pool facilities around New Zealand.