LG Electronics grabbed headlines when it announced its 55-inch curved OLED HDTV in 2013, which originally sported a $14,999 retail price tag. Early into 2014, LG decided to issue yet another price cut so the TV can be found for $6,999 at major North American electronics e-tailers. 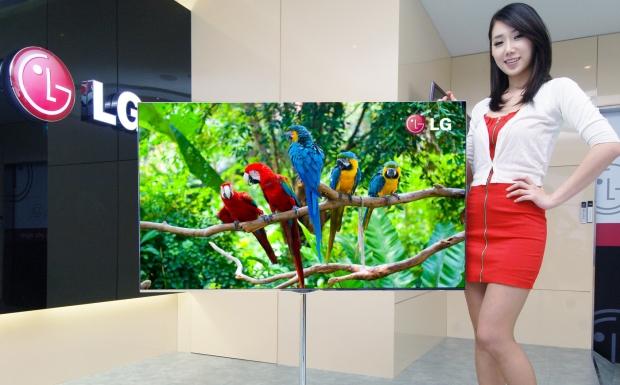 Prior to the 2013 Christmas holiday shopping season, LG cut the TV's retail price from $14,999 down to $8,999 to draw interested buyers with deep pockets. It's no surprise to see the price drop even lower in early 2014, but seeing it slide down to $6,999 in such a short amount of time may be all that is needed to entice some consumers to pull the trigger.

LG's price cut will also make it more competitive with Samsung's rival OLED HDTV that started with a price tag of $8,999.