The United States market for augmented reality is expected to grow by 30 percent per year until 2018, as more users become familiar with AR products, according to TechSci Research. Moving forward, the video game industry will push AR forward and will usher in a new era of consumer AR product development. 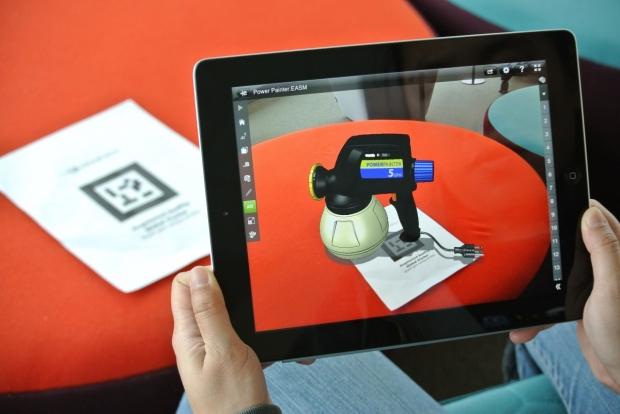 Although relatively new to the consumer market, government defense contractors have the largest market share - and continue to push forward with the demand of new head-mounted displays (HMD) HUDs. In 2012, California, Colorado, Oregon, Texas, Massachusetts, Florida, Pennsylvania and Illinois dominated the market by pushing demand.

In United States HMDs and HUDs market, Delphi Automotive, Denso Corp., Johnson and Controls, BAE Systems and Rockwell Collins are currently the leading market players,"said Karan Chechi, TechSci Research's Director, in a statement. Google, Vuzix, Ad-Dispatch and Layar are the major players in AR smart glasses and apps market, however, with the growing shipments of smartphones and tablet PCs, other players such as Sony, Microsoft and Oakley are expected to make significant contributions over the next five years."

Indeed, as more companies continue to jump on the AR bandwagon, there should be a lot of fun and innovative technologies demoed in the future.