The first video cards from the Club 3D '14Series will be the Radeon R9 270 and 270X, and should be an affordable product for PC users and gamers looking for a full-HD 1080p gaming experience. 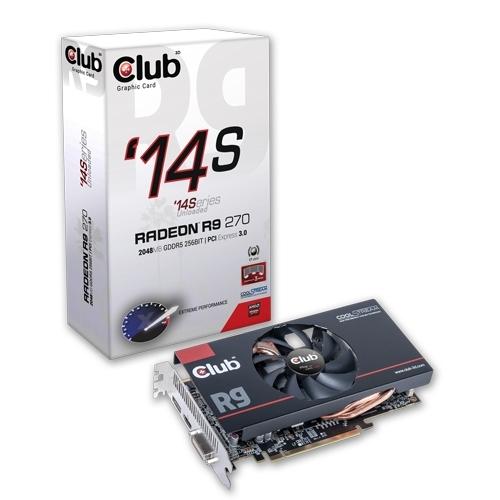 The '13Series was introduced by Club 3D earlier in the year as an extension to its PokerSeries gaming cards - but the launch of R7 and R9 chipsets left Club 3D scrambling to upgrade. The '13Series was designed for system integrators and PC users looking for an added boost with a second GPU in their workstations - and the '14Series promises even better performance: