Over the last year, I have been reporting on Comet ISON, and its impending extremely close encounter with the sun. Yesterday, while many of us were sitting down to dinner tables, and enjoying a nice meal with friends and family, ISON skirted through the very upper region of the sun. 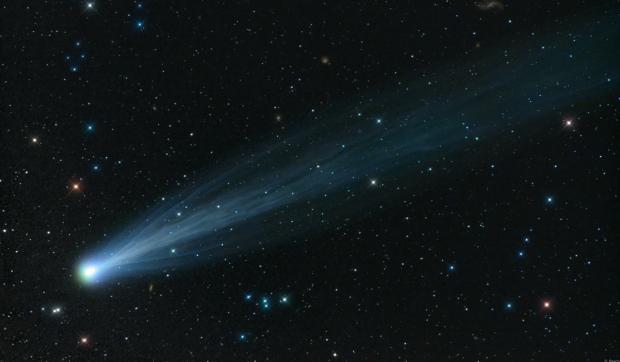 ISON reached perihelion, its closest point to the sun, around 1:30pm EDT yesterday afternoon. Initial reports were that the icy traveler had succumbed to the intense heat and gravity that is present just 750,000 miles from the sun. In fact, all of the images coming out of NASA's SOHO observatory indicated that ISON took a sharp turn into the sun just before perihelion and vaporized.

Fortunately this morning new data has been released that shows that ISON's nucleus or partial chunk of its nucleus managed to survive. In the video above, you can see what appears to be a jet of debris getting flung away from the Sun just a few degrees above the comets entry point. It is still unclear whether or not any of this debris will become visible to the naked eye from earths surface in the next few weeks, but all is not lost. The data that ISON has provided the scientific community is simply massive and will allow scientist to study not only comets, but the suns magnetosphere for decades to come.