Intel may dominate the CPU industry, but it doesn't do too well in the system on a chip (SoC) market, especially against the likes of companies like Qualcomm. Well, it looks like Intel is not just going to roll over and give up, if its new Atom SoC roadmap is anything to go by. 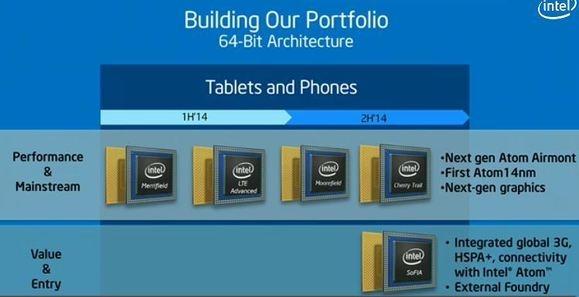 Intel is hoping to increase CPU performance by 5x, and GPU performance by a whopping 15x, all before 2016. The current Bay Trail-based Atom SoC will be replaced in late 2014 by the 14-nm based "Cherry Trail" silicon which will feature "Airmont" GPU and next-gen Intel graphics. At the start of next year, we should begin to see smartphone-bound, dual-core "Merrifield" Atom chips, with a quad-core version arriving in 2H 2014. 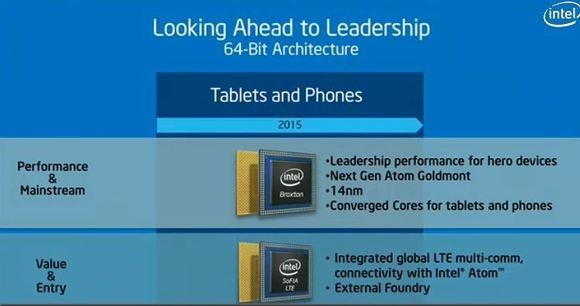 In late 2014, Intel will unleash its new Atom SoC, codenamed "Sofia", which is made for entry-level devices. There will be two variants, one released in 2014 which will feature an integrated HSPA+ communications chip, while the second model, to be released in 2015, will feature LTE capabilities. Funnily enough, at first, these communications chips will be ARM-based, but will eventually be converted to x86 architecture.