After almost a decade, the PlayStation 4 is here, and the folks over at iFixit have wasted no time in tearing the next-generation console down to its basic components. Using nothing but a T9 Torx driver, two phillips drivers, and a pair of tweezers, iFixit was able to completely disassemble the PlayStation 4. 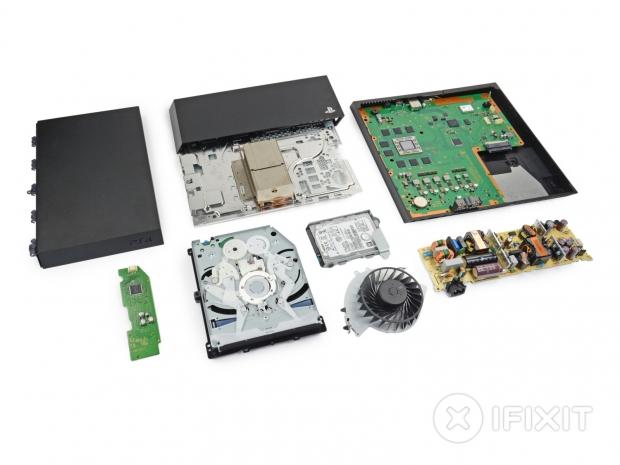 It appears that tearing down the PlayStation 4 is just about as easy as tearing down a common PC, and rightfully so as that is basically what a PS4 is. The teardown images from iFixit do lend some interesting insight into the PS4 though. Anyone who was hoping that they could upgrade the AMD processor inside will be sad to learn that the chip is permanently soldered to the board and is not even branded as an AMD device. Instead, the chip is labeled as a Sony Computer Entertainment Inc. CXD90026G, a SoC that features AMD Jaguar CPU Cores, and Radeon Graphics Cores. 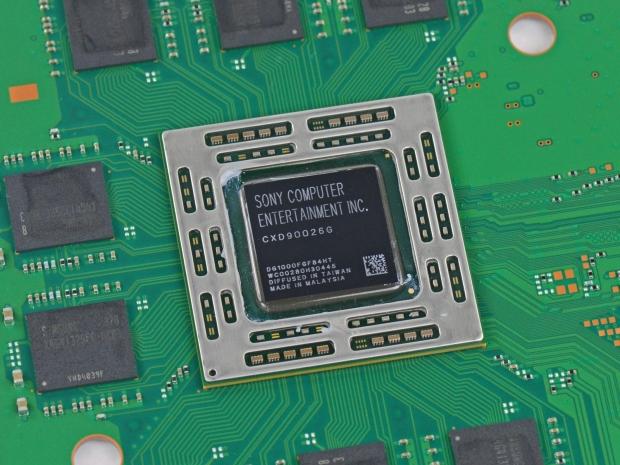 Additionally, places around the APU, are 16x Samsung K4G41325FC-HC03 4 Gb (512 MB) GDDR5 RAM for a total of 8GB of video RAM. Samsung's K4B2G1646E-BCK0 2Gb DDR3 SDRAM is also present in a capacity of 8GB. The PS4 should have no cooling issues either, as a massive air-based cooler is present that appears to be made mostly of copper for maximum thermal dissipation. When it was all over and iFixit had removed the last screw, they awarded the PlayStation 4 a repairability score of 8 out of 10, which means that it will be easy to fix in the event of any hardware failures. 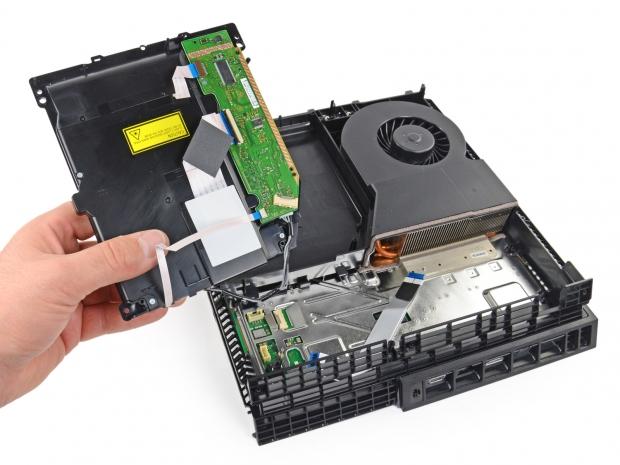