Google is a gigantic company, a company that pretty much just prints its own money from advertising. Well, according to Business Insider's Henry Blodget, Google's yearly ad revenue has soared - and has overtaken both the magazine and newspaper industries. 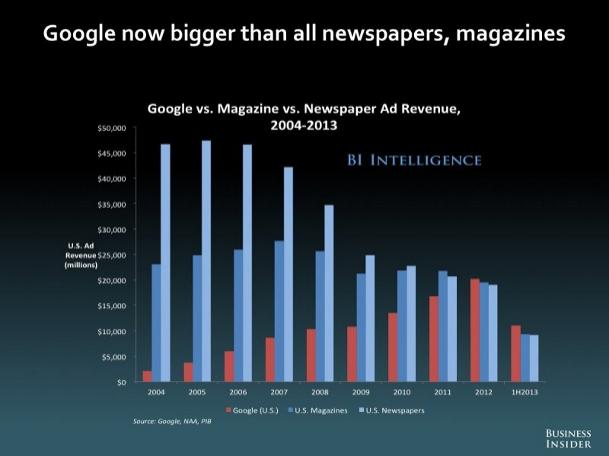 If you look at the graph above, you can see that Google wasn't making that much money from ads in 2004... but each year sees a massive increase in profits made, and each year that Google makes more and more profits, the magazine and newspaper industries take an even bigger hit. Sure, back in 2004, the US newspaper industry was doing great business, but that has been knocked down, considerably.

If Google can keep at this pace, it will demolish the newspaper and magazine industries' profits in just a few years time.