Headphone and earbud maker, Skullcandy has just released a new bluetooth wireless speaker called the Air Raid. The people from Skullcandy claim that it is louder than the competition. They are also saying it is "it is built like a tank and loud as hell." The Air Raid can hold a charge of 14 hours has two 50mm drivers. The Air Raid is a nice portable size and perfect for occasions like parties, camping, tailgating etc. You won't have to worry about breaking it either, they claim it is life proof and is water resistant. Air Raid will be available for $150. 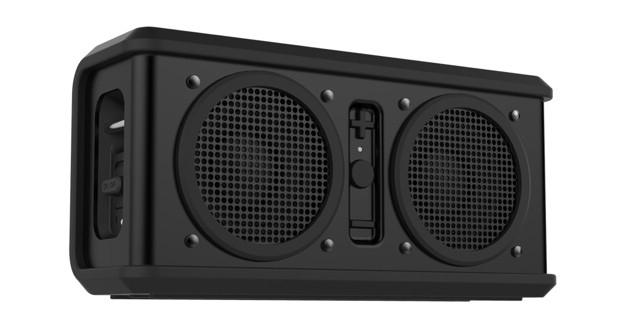 "Bring the loud. Draw crowds, combat bad audio, and stay connected with Air Raid. It's the only portable Bluetooth speaker both loud and rugged enough for those who don't tread lightly.

Life Proof. Bring on the elements: snow, dirt, water, you name it, just about anything outside of a sharknado, and Air Raid can handle it, all the while blasting your soundtrack louder and clearer than any other speaker of its kind. Limitless.

Air Raid delivers seamless integration with any Bluetooth-enabled device, and the rechargeable battery promises to last longer than you do. It's your audio and your lifestyle free of limitations."