iMessage Chat for Android has arrived, but is it as good as what it sounds like? Well, yes and no. iMessage Chat allows Android users to chat between Android and iOS devices, but there should be caution used. 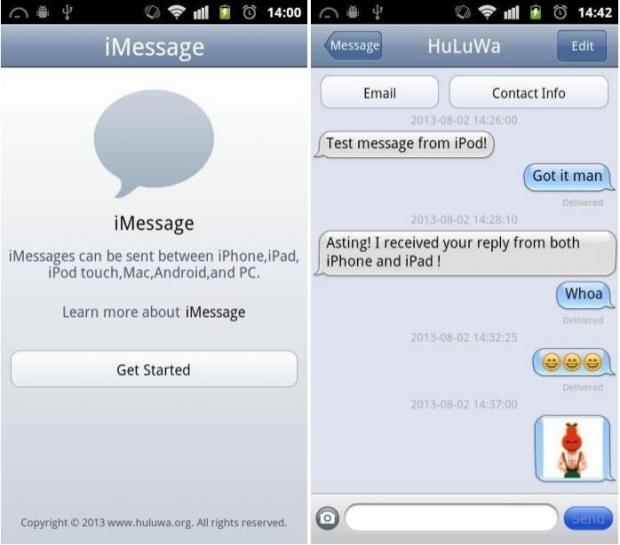 9to5Mac reports that iMessage Chat is definitely not an Apple app - which should be obvious - and was created by a third-party developed named Daniel Zweigart. iMessage Chat disguises the Android device you're using as a Mac mini, after which it pushes your messages to the Apple iMessage server. This means you'll require an Apple ID to gain access, but this isn't where the problems stop.

The creator of Cydia, Jay Freeman, noticed that iMessage Chat redirects to a server in China, before it forwards the information to Apple. This means that the server acts like a middle man, where it handles the transferring and processing of information between your smartphone and the iMessage server. The scary thing is, we don't know what the Chinese server is doing with your information - where it could be, and probably is storing your Apple IDs and chat logs.

This is no different to the NSA PRISM system, but it should be something that you know before you use the iMessage Chat for Android app.