Microsoft is in the news today for at least half of the right reasons, where the Redmond-based software giant just acquired Nokia's Devices and Services Division. This news on the other hand, is all about its IllumiRoom technology.

It looks like the proof-of-concept technology won't be making it to the consumer market, as it has been deemed too expensive. The let down happened during Gamescom 2013, where Xbox One director of product planning Albert Penello said that he wouldn't expect gamers to see IllumiRoom. He said that it was awesome if you're in the lab and have Microsoft money to have it all setup, but this would cost thousands of dollars for the average consumer to set it up. 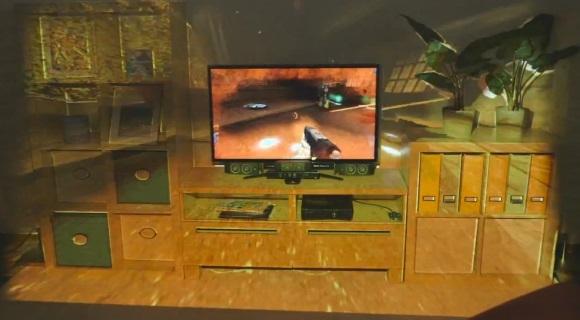 While it wouldn't sell in the millions, there would still be some high-end gamers that would kill for this technology. Kinect isn't really the expensive part either, it's mostly the investment that needs to be put into the projector setup. Boo.