According to ZeniMax Online Studios' general manager, Matt Firor, The Elder Scrolls Online will require a $14.99 monthly subscription fee. Firor added: "We'll talk about further discounts, etc. later, but for now, we are very happy to finally announce our model. It's very simple - you pay once per month after the first 30 days and the entire game is available to you." 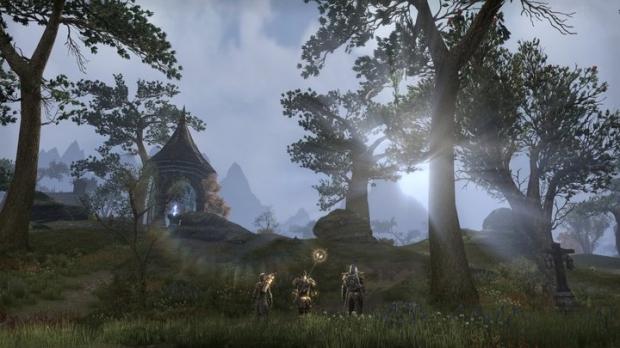 Firor did say that ZeniMax would offer up discounts if gamers purchase multiple months at a time, and the developer will be supporting game time cards. The ZeniMax GM also said that the decision to require a "flat fee for continued, unlimited access" would allow the developer to remove "sacrifices" that other pricing models would've forced them to do. Firor continued:

We're building a game with the freedom to play - alone or with your friends - as much as you want. A game with meaningful and consistent content - one packed with hundreds of hours of gameplay that can be experienced right away and one that will be supported with premium customer support. Charging a flat monthly (or subscription) fee means that we will offer players the game we set out to make, and the one that fans want to play. Going with any other model meant that we would have to make sacrifices and changes we weren't willing to make.

The Elder Scrolls Online is destined for the Xbox One, PlayStation 4, Windows and *gasp* Mac OS X sometime in the future.