Earlier today, Logitech introduced us to its latest set of Bluetooth stereo speakers. Dubbed the Z600, the speakers are targeted at the MacBook Air and UltraBook markets but will work with any Bluetooth A2DP-enabled device including smartphones, tablets, and media streaming devices. Capable of pairing with up to three devices at the same time, users can stream music from each individual device by just making sure music playback on the other two devices are paused. 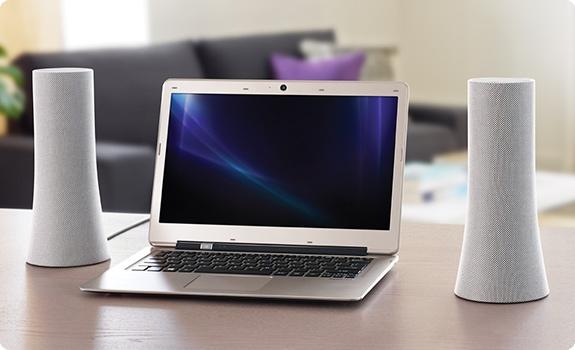 Logitech says that the speakers produce a room-filling sound and each incorporates three drivers in a very sleek and refined tower style package. Covered in a fabric finish, the Z600 speakers incorporate touch sensitive volume controls which are actuated by gliding a finger across the edge of the top panel of either speaker to raise or lower the volume.

Logitech has included a small USB Bluetooth dongle that will allow streaming audio from devices that may not be Bluetooth-equipped. No actual launch date was given, but Logitech has the Z600 Bluetooth Speakers up for preorder on their website at a price point of just $150. That price seems a little high when compared to the Panasonic portable Bluetooth speaker we covered earlier today, but I have a feeling the speakers will reproduce a more rich and full-bodied sound.