Computex 2013 Taipei - I wanted to bring you this story yesterday, but one of the images didn't turn out too well so I swallowed by pride and returned to the ADATA booth at Computex Nangang to do it right today. 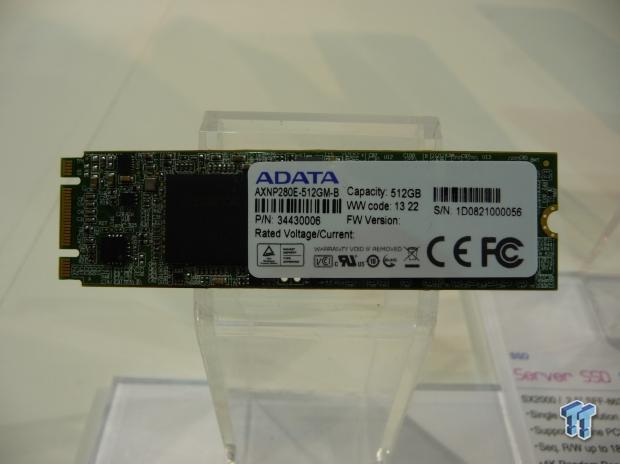 Less than 24 hours ago we published a short news story about ADATA's new enterprise products, among them included another 1800MB/s part. This gumstick sized piece of engineering marvel (but not from Marvell) uses four PCIe 2.0 lanes just like the enterprise SX2000, but it uses the consumer m.2, known around these parts as NFGG interface. 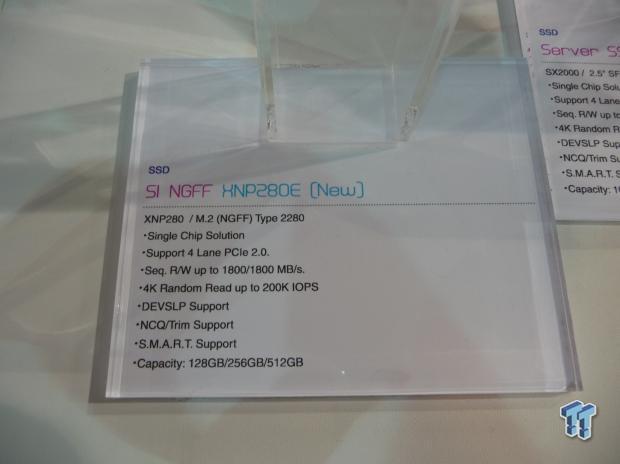 Just like the enterprise part, this unit has the same bandwidth as the higher cost server model. In years past we've seen enterprise products come to market first but that isn't the case this time around. Several new Ultrabooks and at least one motherboard is ready for NGFF in some form or another today.

This particular model show with super performance won't be your typical OEM m.2 part, but it will make for a nice upgrade path in the future.