Computex Taipei 2013 - We got a chance to visit some folks at Intel at the Grand Hyatt earlier today where we were of course given a media tour of some of Intel's new Haswell solutions and upcoming Baytrail systems, that is the chip that is likely to become the next-generation Atom. 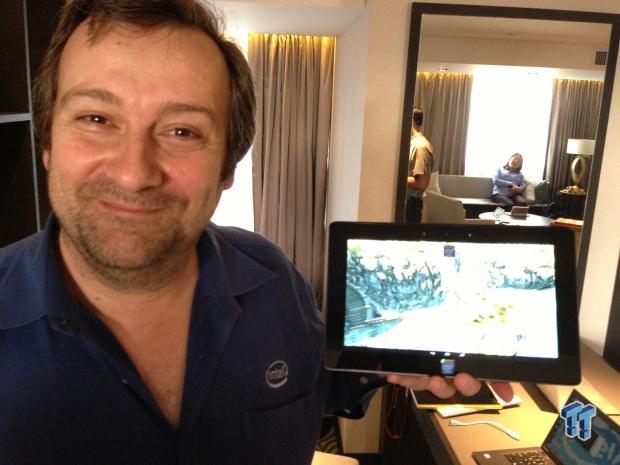 Towards the end of the media tour, Intel's engineer Francois Piednoel pulled out a prototype Intel Baytrail Android reference / mock-up tablet showing that Intel mean business when it comes to graphics for the next-gen chips. Intel is often mocked for its graphics performance on its processors, and they know that, but it seems like they are working hard to change that trend. 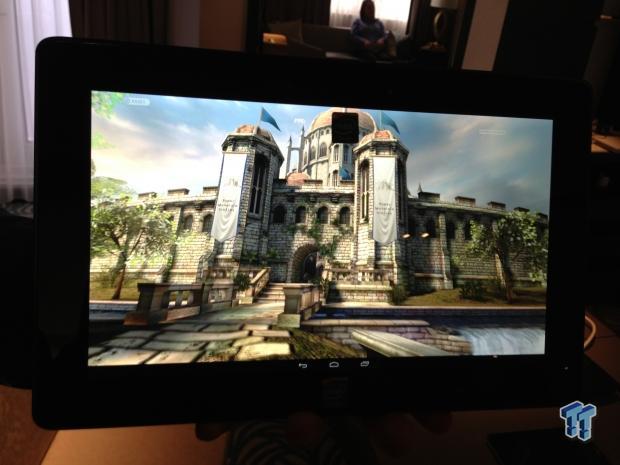 Francois's baby was shown running SkyCastle 2 fairly smooth at I'd estimate an FPS of around 30 - 40 FPS - he actually had the FPS ticker blocked with an Intel sticker, so we couldn't check for sure. Take FPS out of the equation for a moment and get this fact - the game was running fairly well at a screen resolution of 2560 x 1440. 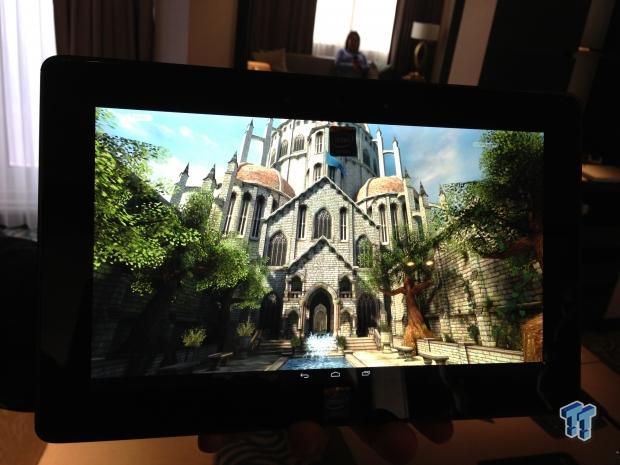 Yeah, we can mock Intel for its graphics against GeForce and Radeon, but when we look at the mobile space, that's no laughing matter. 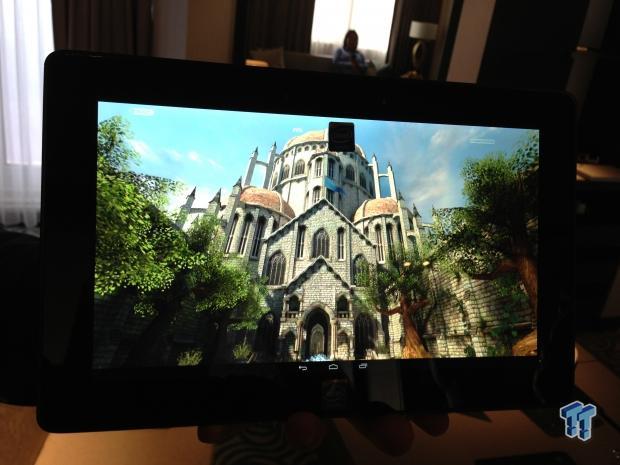