If you still want to trade-in your aging PlayStation 2 game console, now would be the time to do it. Ahead of the PlayStation 4 launch, GameStop has confirmed that they will stop accepting PlayStation 2 games, accessories, or consoles for trade-in. The hard deadline is June 1, so you better get all your old gaming equipment to GameStop soon. 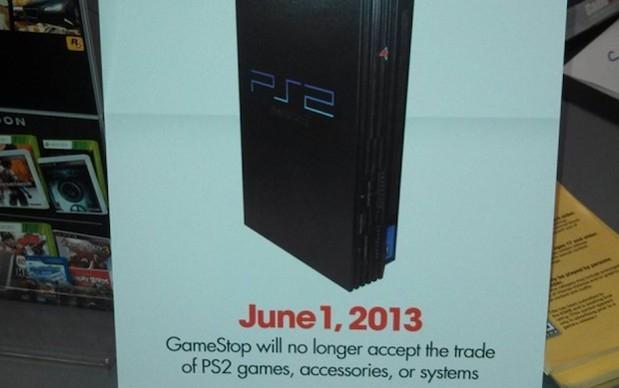 We can confirm that as of June 1st we will no longer be accepting the PS2 console or its related product for trades. We know that the 12 year old system is a popular one and for many gamers, GameStop is the only place to find a great selection of its games. We will still offer a wide selection of the PS2 hardware, accessories and games in many of our stores and online for several months, based on remaining stock from trades.

We are very excited about the upcoming PS4 and are making room in our stores for it and other new platforms expected this fall.

PlayStation 2 sales will end, according to the spokesperson's statement, several months after June 1. I imagine they'll keep selling PlayStation 2 equipment up until they are completely depleted of stock.

Sony is expected to release the PlayStation 4 in time for the holiday season, most likely delivering the product to market sometime in November. GameStop wants to be clear of its older PlayStation 2 gear in order to make room for the new games and accessories that will launch alongside the PlayStation 4.