With Tim Cook steering the Apple ship, we are seeing the company go in a new direction, something I'm guessing will help them gain more users, but not alienate others who like iOS. The latest news is that the Apple CEO has set Jony Ive with leadership of Apple's Human Interface teams, as well as his role as the head of Industrial Design. 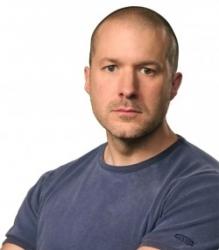 This news has suggested that Apple's hardware and software user interfaces could be intertwined even more, with one executive in charge of everything you see and touch on an iOS device. The Wall Street Journal has chimed in, confirming that this is true, with mobile software teams being briefed about new hardware prototypes earlier in the design cycle. Ive is now sitting in on the human interface team's review sessions, where he can have more one-on-one time with the new designs.

Some suggested that in Apple's next mobile operating system, Ive is pushing a more "flat design" that is starker and simpler, according to developers who have spoken to Apple employees but didn't have further details. Overall, they expect any changes to be pretty conservative. For the past few years, Apple has unveiled versions of its mobile operating system in the summer.

Design is one example of the increased "collaboration across hardware, software and services" that Apple said it was aiming for when Cook pushed senior vice president and mobile software chief Scott Forstall out of the company last year.