Kim Dotcom is constantly in the news, usually for his court case, his previous MegaUpload website, his skills in Call of Duty, but now he's in the news for an entirely new reason - finance. Dotcom has asked his twitter followers for help in making a Bitcoin-based credit card. 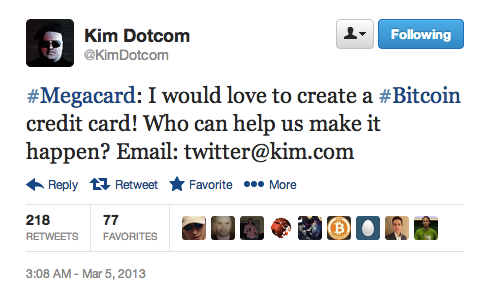 The card would likely be attached to his new site, Mega, but be based off of the non-fiat-based currency, Bitcoins. It would be an interesting venture for Dotcom, something I'm going to be following closely.