I've said it previously, but I think we're going to see LG really crank up their quality moving into 2013 and it looks like this is happening. Today we have the unveiling of the South Korean-based company's Optimus G Pro. 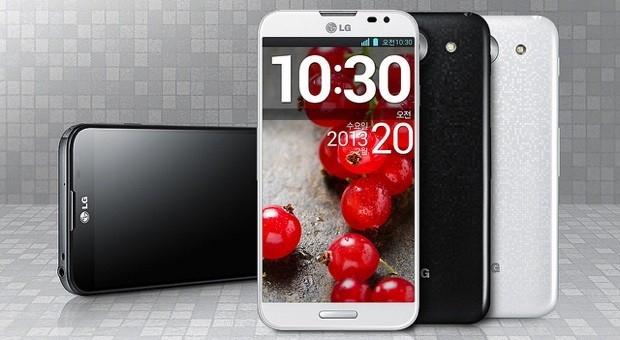 LG's Optimus G Pro features a 5.5-inch display, and a curved glass design available in both black and white which LG says produces a "2.5D effect". The aforementioned 5.5-inch display ushers in 1920x1080 pixels, a quad-core processor that we should expect to arrive as Qualcomm's Snapdragon S4 Pro.