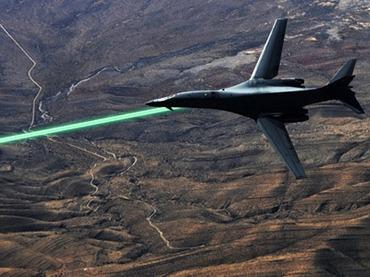 But the new HELLADS system, which DARPA says is in the "final development stage" is much, much lighter. Weighing in at just 750kg, it is capable of being attached to a UAV and opens up a plethora of options for aerial deployment. A perfect suitor would be UAVs.

The lasers aren't capable of firing through clouds or smoke, and requires a physical recognition of the device before the death-from-above laser can do its work. This still doesn't calm the mind knowing that there will soon be some Star Wars-like technology over US citizens' heads "defending" them.

Read more on HELLADS at the source.