Microsoft may have released Zune which failed to really take off or compete with Apple's iTunes, but it looks like Microsoft is back yet again with a new competitor for Apple: Xbox Music. 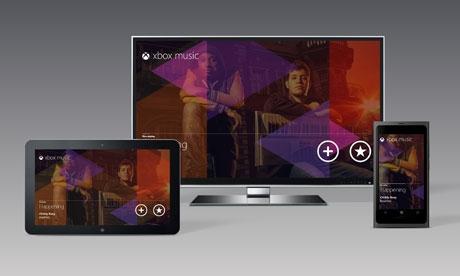 Xbox Music is an all-in-one digital music service that will throw the 30 million tracks available to users through the Xbox 360 gaming console to Microsoft PCs, tablets and smartphones running the Redmond-based company's Windows 8 and Windows RT operating systems.

There are three parts of this new venture, the first is a free streaming service that will be ad-supported and limited to a certain number of hours after six months. A premium, unlimited, ad-free streaming option is also available at around $10 a month, and consumers will also have the option to simply purchase and download any track from the catalogue.

Xbox Music launches today on the Xbox 360, and across the other platforms later on in the month. The cloud-based music service will let customers sync their playlists and music across multiple devices. Xbox Music is set to become the default music service on Windows 8 PCs when the OS launches later this month.

It will also become a cornerstone of the upcoming redesigned Xbox 360 dashboard upgrade that will arrive this fall.