With everything that Megaupload founder Kim Dotcom has gone through, you'd think there'd be an apology thrown at him before now. But, better late than never, right? New Zealand Prime Minister, John Key, has apologized to the Megaupload founder over an "unacceptable" stuff up by the NZ government spies leading up to the arrest of Dotcom. 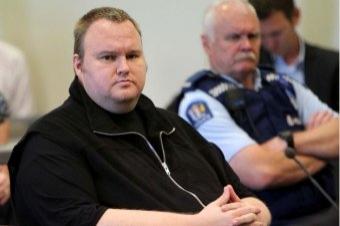 The PM also ordered Government Communications Security Bureau (GCSB) agents to review their cases going back three years, where they'll have to check whether there were other instances of communications being intercepted unlawfully. Dotcom's apology arrived as a report into the illegal monitoring on the Megaupload founder, which blamed the GCSB agents for not knowing New Zealand immigration laws, and relying on incorrect information from the police. Mr Key told reporters:

I'm pretty appalled by what I've seen. The organisation should be able to get this right. Of course I apologise to Mr Dotcom. I apologise to New Zealand.

The GCSB is actually forbidden from spying on New Zealanders, or permanent residents, had been requested by the police last year to monitor Dotcom, who is wanted in the United States on Internet piracy charges. The GCSB agents questioned the police, asking if they could legally monitor Dotcom, where the report stated that they could do so, even though Dotcom was a German national, held a NZ residence VISA at the time. Mr Key adds:

If things had been done properly it would have been quite clear (Dotcom) was protected. It is quite a basic error. They have failed at the lowest hurdle. It's quite frankly not good enough. It is the GCSB's responsibility to act within the law, and it is hugely disappointing that in this case its actions fell outside the law. I am personally very disappointed that the agency failed to fully understand the workings of its own legislation.

The New Zealand PM has also said that there were no other prior cases of communications being intercepted unlawfully, and that "the GCSB will be reviewing past cases back to 2009".