Computex 2012 - Before I head out of the VIP Media Suite here at Taipei 101 for GIGABYTE we had a quick look at some of the upcoming motherboards that we'll see over the coming weeks and months. Three boards managed to really steal our attention with the first being a refresh of the high end X79 chipset. The new GA-X79S-UP5 WIFI comes in as part of the new UP series. 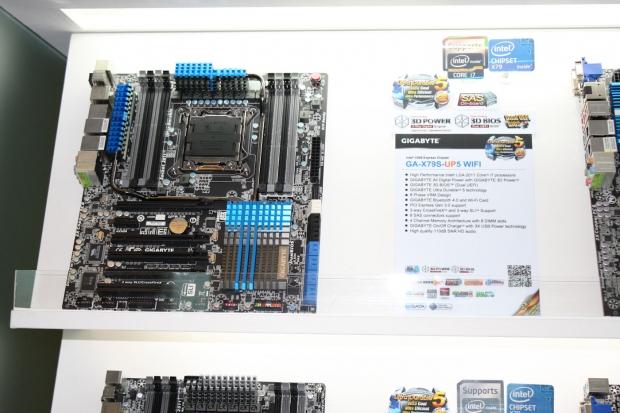 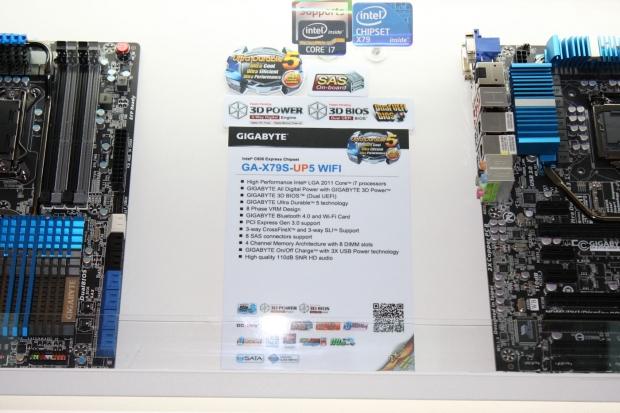 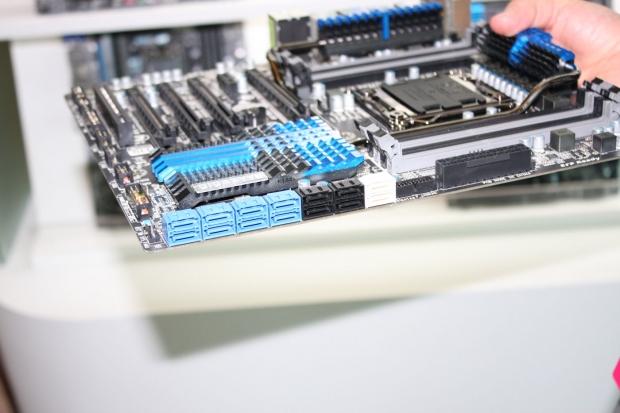 Along with that we've got 8 SAS Ports offering us support for a large amount of storage while 3-Way CrossFire and SLI support means that it's a great option for gamers as well who want some serious horsepower. In typical fashion we can also see that Black / Blue design that we've grown to love from Gigabyte over the years. 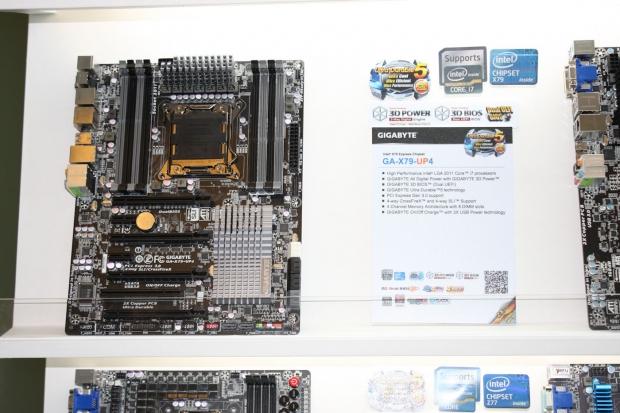 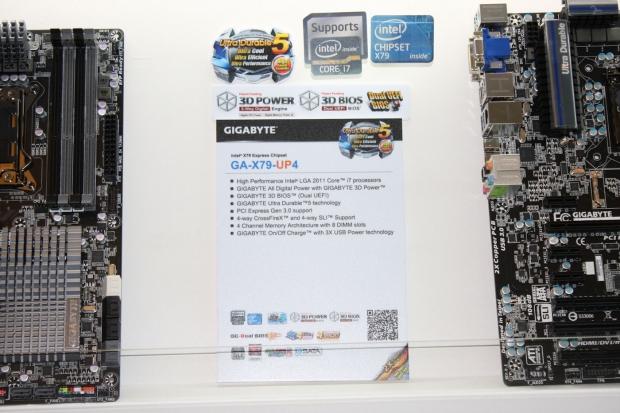 Along with this, we also saw the new GA-X79-UP4 which also is part of the new UP series from GIGABYTE. This is the first time we've seen a "4" based motherboard with us normally seeing a UD3 and then UD5. As you would assume it slides in between those two boards and when avaliable we'll organise a closer look at it. 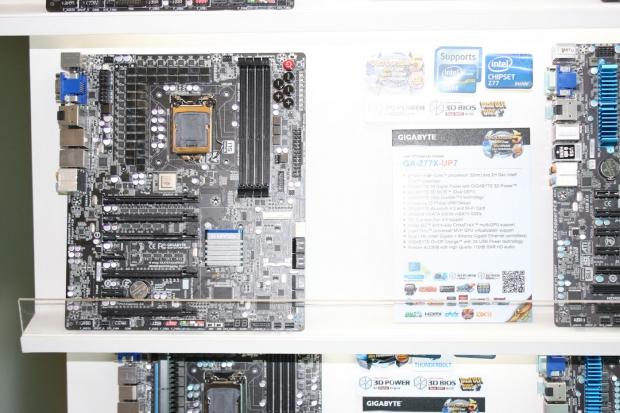 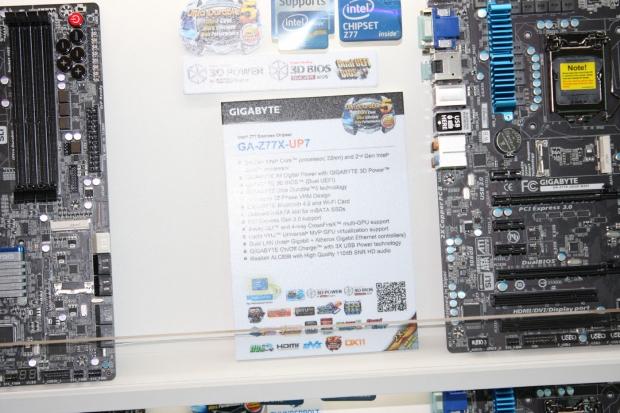 The last motherboard we looked at is based on the popular Z77 chipset we saw launch earlier in the year. The GA-Z77X-UP7 finally sees another "7" based motherboard come to the market which lets us know the high end nature of it. The big stand out feature is the massive 32 Phase VRM design. Along with that we've got Lucid Virtu MVP support, 4-Way CrossFire and SLI support, Dual Gigabit LAN and onboard mSATA to name just some of the features. 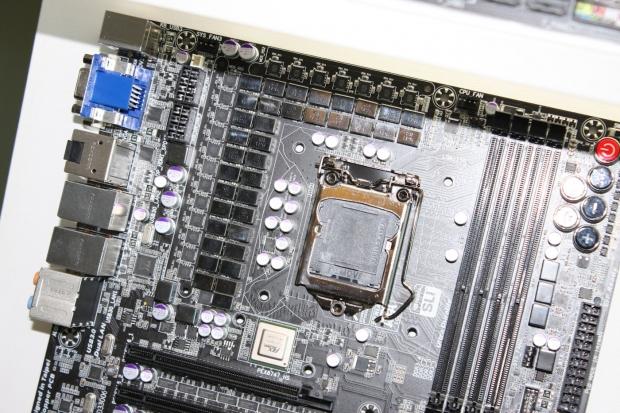 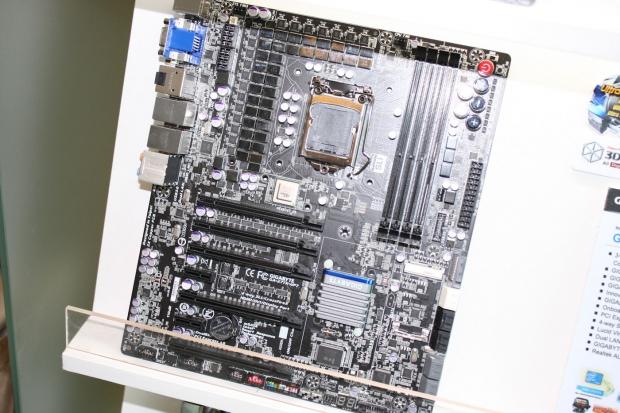 GIGABYTE hasn't been able to give any idea on price or a release date on this baord but we've been told it will come over in the next few months. Finally before we walk out the door GIGABYTE had a full system up and running that carried a massive pricetag with just the CPU, Video Card and RAM coming in at over $10,000. 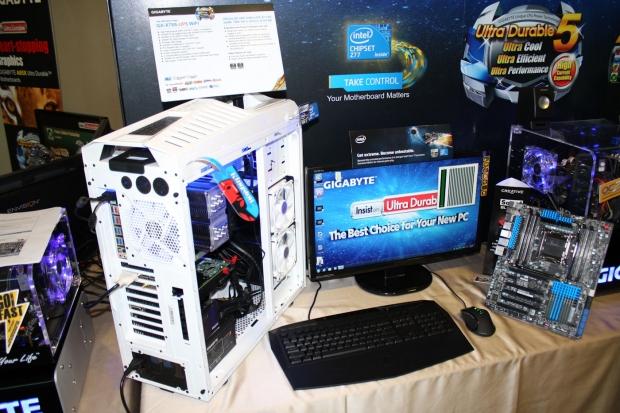