As part of PayPal's effort to move out of the digital world into the real world, PayPal has been courting big retail stores to add the option to pay with PayPal at the point-of-sales terminals. Home Depot was the first to jump on board and has been offering the option of paying with PayPal when checking out since at least March of this year. 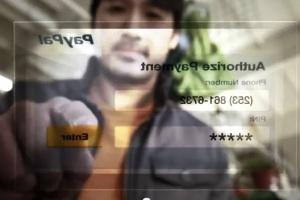 PayPal wants to compete with the credit card companies along with other emerging payment systems such as Google Wallet. The announcement was made at a press event today to show the progress PayPal is making with its real world payment system. PayPal still has to convince consumers that maintaining another payment method is worth the hassle.

But, if PayPal makes it simple enough and available at enough locations, it is a viable alternative to credit cards and cash. It would be especially nice if someone were to forget their wallet or not have enough cash with them. Currently, users just have to type in their phone number and a pin to pay which is pretty simple. If they add in the features they are looking to, it will be quite the competitor.