Leaked images have floated onto the surface of the waves of the Internet in the past 24 or so hours of Research in Motion's next-generation BlackBerry 10 Operating System, and boy do they look nice. BlackBerry 10 OS will sport home screen "widgets" which will allow you to call up apps and mini-apps, video chat capability, improvements to the e-mail clients design, just to name a few. 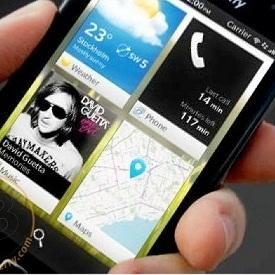 CrackBerry.com are behind the images, where they've reported they received a 14-page presentation featuring BlackBerry 10-powered BlackBerry's from "a tipster". Of course, we have to question whether these images are indeed legit, but they do seem to be. BB 10 OS is shaping up to look quite swish, and it seems RIM have worked hard at this latest OS.

RIM aren't just dressing to impress, either, it seems they are baking in some useful features such as a clock icon that continues to show the time of the day, but also what time the alarm will go off. It is the detail in the little things that make it stand out. Another feature showed off in a screenshot is RIM's Universal Inbox, which is thanks to The Astonishing Tribe (TAT) which RIM acquired back in 2010.